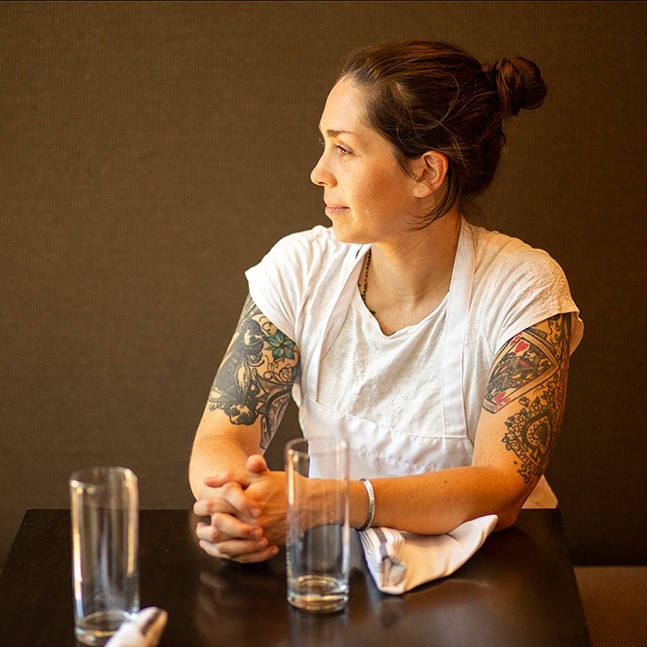 Bier’s Pub
900 Western Ave., North Side. bierspub.com
After six months of being closed due to the pandemic, Bier’s Pub has let its customers know that it will reopen on Thu., June 3, posting on Facebook, “Thank you for your support during this crazy past year and we look forward to having you back!” Pro tip: The North Side pub's burgers are top notch. If you’re into mustard, I recommend the Fancy Pants.

40 North
40 W. North Ave., North Side. 40northpgh.com
City of Asylum has announced 40 North will open this summer inside its Alphabet City headquarters on the North Side. The restaurant, which shares space next to City of Asylum's bookstore and event space, will “take inspiration from City of Asylum’s mission as a nonprofit and safe space,” according to the announcement, with a menu focused on food from around the globe. Both Executive Chef Bethany Zozula, a James Beard award nominee, and Beverage Director Sam Suter are formerly from Ace Hotel’s popular Whitfield Restaurant. 40 North will be filling a spot left vacant since last June when Brugge on North announced its closure because of the pandemic.

s.s.b.club from El Guapo
s.s.b.club. instagram.com/s.s.b.club
I believe it was Groucho Marx who famously said, “I refuse to join any club that would have me as a member.” But he must have not liked burritos. Because as soon as I saw New Mexican concept restaurant El Guapo post a mysterious photo inviting folks to like its new club account on Instagram before it turned private, I hit that follow button asap. El Guapo just served up its last meal at North Side food hall Federal Galley last weekend and is encouraging fans to “join the club and get your chile fix while we work on opening up the storefront.” (For the record, they followed me right back, Groucho.)

Free vaccines at the Northside’s Farmers Market
Allegheny Commons, Cedar Ave and East Ohio St., North Side.
Still need vaccinated? If you’re 18 and older, head to the Northside farmers market on any Friday from 3-6 p.m. Johnson & Johnson one-shot vaccines will be available to anyone with no registration and no names needed. Those in need should find the “Place to Start” table, courtesy of Northside Christian Health Center and the Northside Leadership Conference. Those who would prefer a different vaccine than Johnson & Johnson can also schedule an appointment with Allegheny General Hospital at the table. (And don’t forget to grab some produce and baked goods while you’re at the market!)

Traveling Beer Market
Bay 41, 115 41st St., Lawrenceville. instagram.com/beersoftheburgh
Beers of the Burgh, an annual beer festival that’s returning this fall, announced on Instagram that it’s partnered with the Pittsburgh Brewers Guild to launch a monthly traveling beer market exploring different neighborhoods around the city which they’re describing as “a farmer’s market with fresh beer instead of fresh produce.” Their first event kicks off at 4 p.m. this Fri., May 28 at Bay 41 in Lawrenceville with a tour of a variety of local breweries, and will include a DJ and food trucks. 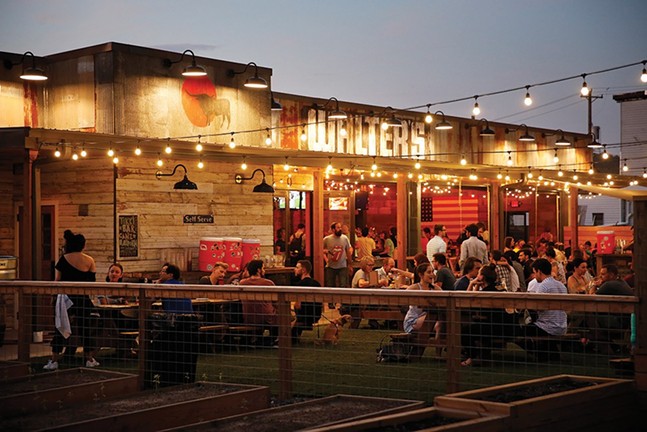 CP photo: Jared Wickerham
Walter’s barbecue restaurant in Lawrenceville
DJ Femi on the Lawn
Walter’s BBQ Southern Kitchen. 4501 Butler St., Lawrenceville. walterspgh.com
The backyard party you were missing all last year is finally here, complete with food, drinks, and great music. Every Saturday, DJ Femi will be spinning tunes from 5-9 p.m. on Walter’s lawn during an outdoor barbecue. Grab some smoked wings and enjoy some jams this Sat., May 29.

First Freitag
East Ohio St., North Side. Search “First Freitag” on Facebook
It’s an outdoor festival on East Ohio Street as over 30 local businesses, vendors, and community groups gather in North Side’s Deutschtown neighborhood on Fri., June 4 from 3:30-8 p.m. for First Freitag. (That’s German for Friday, for the curious.) Check out food from from local restaurants and bars Siempre Algo, Allegheny City Brewing, Legends Eatery, The Coop Chicken & Waffles, Fig & Ash, Max’s Allegheny Tavern, and Bistro to Go, which announced on Facebook that it's reopening its cafe on Wed., May 26 after a long pause of only doing catering.

Kennywood’s Bites and Pints
4800 Kennywood Blvd., West Mifflin. kennywood.com/bites-and-pints
A new food and drink festival is coming to Kennywood every Friday, Saturday, and Sunday in June for those seeking a different kind of adventure at the popular amusement park. Chef Brian Pekarcik, owner of restaurants BRGR and Spoon, has created the menu “inspired by Caribbean, Chinese, French, German, Italian, Japanese, and Mexican cuisine,” and includes a Soba Noodle Salad, Pork Bao Buns, and a Nutella Stuffed Pretzel Twist, among others. Plus plenty of beer and wine. Visitors to the park can choose an 8 sample “Bite Card” for $39.99 or a 12-sample card for $48.99. Samples on the card can be used in one day, or spread them throughout the month if you've got a season pass.