A review of poet Richard St. John's Each Perfected Name

What makes the collection a success is honest empathy

From a neighbor's lost turtle to sparrows in Bahrain to prom night on the Gateway Clipper, small moments loom large in Richard St. John's newest poetry collection, Each Perfected Name (Truman State University Press). These brief instances often add up to something more insightful. In the elegiac title poem, St. John focuses on the passing of neighborhood fixtures — like a woman and her dogs, described as "disappearing quietly, like griefs." It's a poem that well exemplifies a meditative style unfolding easily over 87 solidly written pages. 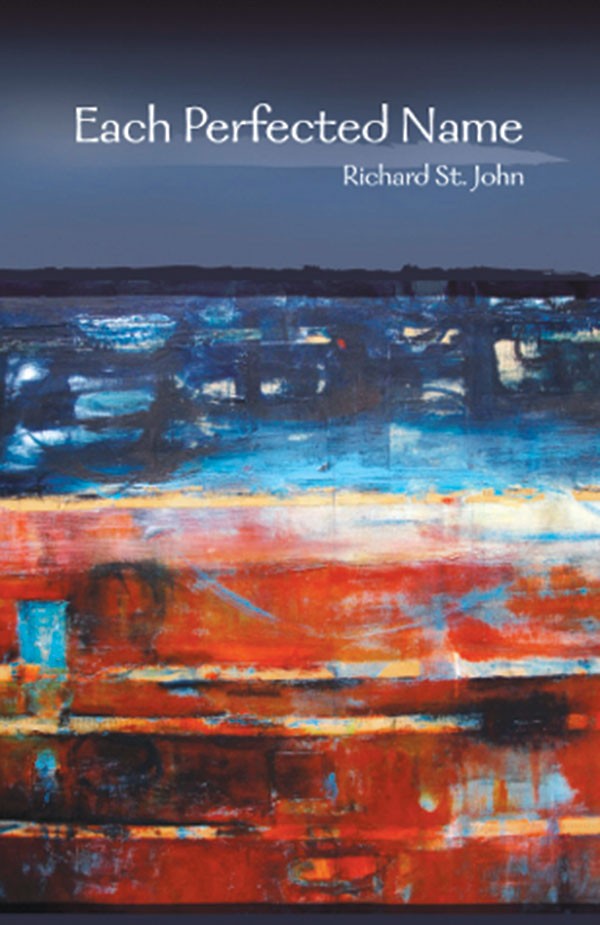 St. John lives in Pittsburgh and is active in the poetry community, giving regular readings. Given his education at schools like Princeton, Harvard and University of Virginia, a reader might wrongly expect scholarly opacity. But while poems on Aristotle and Kant have an expected philosophical bent, they remain accessible. What makes the collection a success is the honest empathy of St. John's speakers.

In "Second Birth," a reader is dropped into the home shared by the speaker's elderly mother and a sister with Down syndrome, revealing their quirky relationship and ways of communicating. "Twenty minutes, it's been — / no, really fifty years, their shared laboring / converges, as our mom grows young again. / ‘This may seem a litto' strange,' my sister told me / on the phone. ‘Sometimes we make animo' sounds.'" St. John's language reveals a keen ear and a tender heart for off-beat familial experience.

He also displays a firm grasp of domesticity in "Penelope in Firelight (I)," re-imagining the difficult rapprochement of mythical Odysseus and Penelope after he's returned from many years of war and travel. "That's why he'd come home. / That's why he studies her so closely now. That's why / the slender, silvery needle, on which she lavishes / her easy, whole-hearted attention, terrifies him / as nothing on the fields of Illium had ever done."

St. John also displays a sharp imagistic eye, offering keen observation and clarity. In "Prom Night," the dinner fare is described as "pallid, heart-sized slabs / of rare prime rib under their orange lamp." In "Pluto 3," a walking tour of the speaker's neighborhood includes a rental's yard, detailed here as a "dimming galaxy of dandelion puffs / floating at its unmowed front." Through precise rendering of familiar images, St. John sets a compassionate tone found throughout the thoughtful Each Perfected Name.