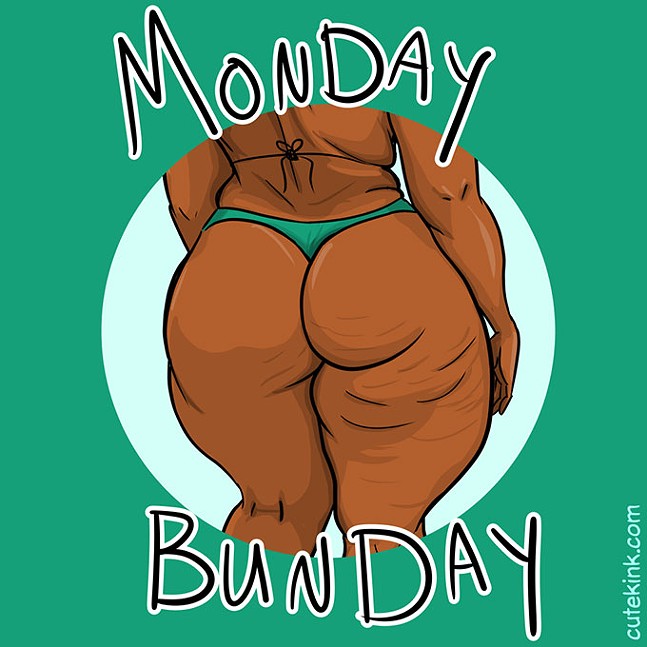 The first time I remember having images of my body drastically altered was right after my first wedding. As a gift, my husband’s mother had a couple of our wedding pictures airbrushed. I was shocked when the pictures came back – not because they were bad, they actually came out nicely – but because they gave me a glimpse, for the first time, into what someone else saw as my flaws. My face was slightly narrower, my skin clearer, and my breasts fuller.

While this was shocking to me in the late '90s when I didn’t have the skills or the means to alter my own photos, it has now become commonplace. As someone who has done a fair amount of nude modeling, I have learned what parts of my body get “fixed” through the editing process, cellulite being one of the most common.

It is estimated that up to 90 percent of women have cellulite, but representations of cellulite in art, photography, and advertisements are relatively few and far between. Smoothing tools in photo editing apps like FaceTune easily wipe it out. But this isn’t without consequences. When it is impossible to see images that represent what your body actually looks like, it is easy to feel like natural features are problems.

Artist Jaymie Delight, who creates sexy and kinky cartoon pinups (and recently launched a comic book, The Dress, is working to actively put into her images those “flaws” which are so often smoothed out. Most recently, she has been working on drawing realistic looking cellulite and making it sexy. As someone who often felt self-conscious about her own cellulite, she has felt compelled to normalize it. “Cellulite is just part of being a human with skin. We have to stop hating ourselves,” she says.

Delight admits that it wasn’t easy to start drawing cellulite. “Cellulite is still a really scary thing for people,” she says. “If you look at images of plus-size models, they are curvy but perfectly smooth. Cellulite throws people off.” And yet, the reception she got was really positive. She recalls, “I was scared the first time I drew cellulite, but those posts got even more traction than regular cute pinups. People want and need this.”

Ironically, while thinking about this piece, I was also going through my own images, thinking about which ones to post and was forced to confront my own biases. While I find the bodies that Delight draws to be very sexy, I have a hard time extending that same love to my own body, which looks very similar to many of those that she depicts. It is not easy to undo years of programming that dictates for us what is hot and what is not. But thankfully, Delight’s work also pushed me to question those biases and think of my body in a new light. She is right, I want and need her work; you may, too.

Does a sex worker's 'sexual circuitry' get sunk by seas of sexual content?

Does a sex worker's 'sexual circuitry' get sunk by seas of sexual content?