A primer on this year’s Oscar-nominated documentary short films

The 2020 Oscar nominations have drawn criticism for being even less diverse than previous years, which was already a comically low bar. But the shorts categories, which include animated, documentary, and live-action films timed at 40 minutes or less, offer a more interesting and complex slate. The shorts will screen at the Harris Theater, with the films in each category screening together in one block. Here, we feature the documentary category.

The documentaries explore a variety of traumas, and how people learn to cope or forgive, or have not yet learned but are trying their best. This is maybe best exemplified by St. Louis Superman, which follows Missouri Democrat Bruce Franks’ goal of passing a bill to address the root causes of gun violence in St. Louis, which has one of the highest murder rates in the U.S. Franks, a Black battle rapper with face tattoos, was an unlikely candidate for political office in a state where a majority of lawmakers are white and Republican.

Franks was driven to run for office after becoming a leading activist in the protests following the fatal shooting of Michael Brown in 2014. The documentary instills an immediate sense of pride for Franks, who seems to be making a real difference in his community. But, as the film illustrates, Franks has also endured far more than most of his colleagues, including losing his 9-year-old brother to gun violence, and it all eventually takes its toll on his mental health. 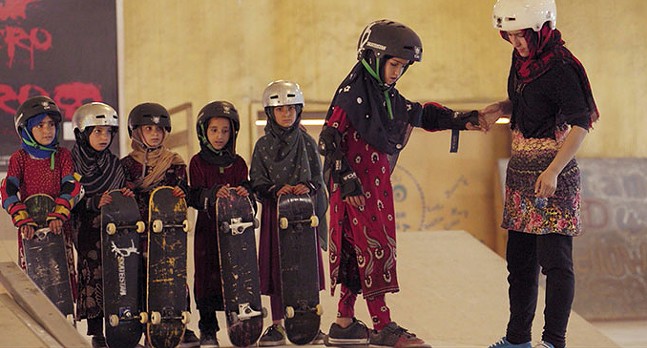 In Life Overtakes Me (available on Netflix), three families struggle with children with Resignation Syndrome, a dissociative illness that results in a coma-like state, and usually affects children from refugee families. Much of the disease is still a mystery. For example, there are no explanations of why Sweden has reported the majority of the cases, and why it’s often diagnosed in children from Slavic or formerly Soviet countries.

All of the children featured experienced trauma pre-resignation, including a young girl who learned of her mother’s brutal rape at a hearing in which her family was denied asylum (she fell ill soon after). Experts on the illness say it occurs when refugee and migrant children feel unstable in their living conditions, like if their family has yet to be granted asylum and could be deported. Watching the film, you start to wonder whether it’s only a matter of time before this illness affects children of refugees in the U.S.

Possibly the most devastating of the documentaries, In the Absence, uses archival footage, cell phone videos, and new interviews to depict the horror of the 2014 South Korean Sewol Ferry Disaster, in which a distress signal from a sinking ship was so mismanaged by the government that 304 passengers, most of them high school students, died. The film depicts how the number of fatalities could have easily been avoided had the government deployed rescue teams instead of sending a helicopter to capture footage of the sinking vessel. Civilians brought boats to help with the rescue, and in the aftermath, divers who worked triple-time to retrieve the bodies were left devastated (one diver recalls still being haunted by the event, and it’s revealed that another one ended up committing suicide). There is ultimately something of a resolution, but not one that is satisfying or redeeming.

While the documentary shorts all deal with trauma — which feels indicative of both the state of the world and, more troubling, of people’s taste in documentaries — not all of them are so overtly heavy on the heart. Two films explore extracurricular activities – dancing and skateboarding — as a means of coping and healing. In suburban California, an aging Vietnamese couple keeps their romance alive through four-day-a-week ballroom dance classes. Walk, Run, Cha-Cha, a New York Times documentary (available on nytimes.com), tells the story of Paul and Millie Cao, who fell in love when they were young, but had to separate for six years when Paul fled Vietnam with his parents. The years they spent apart changed their relationship, and once reunited, they took up dancing to get close again. They both express that ballroom dance lets them experience the joy they missed out on in their lives. “Today I can use my body to reach another level of freedom,” says Paul.

Like Paul and Millie, the young girls in Learning to Skate in a Warzone (If You’re a Girl) find freedom in movement. It’s often difficult for girls in Afghanistan to get an education or even go outside. At Skateistan, students can get an education and skate in a safe environment, helping them build confidence not afforded to previous generations of women. Some of the young girls lament that when they get a little older (meaning 13 years old), they might not be allowed to go outside anymore. “I don’t want to grow up so I can skate forever,” one of them says.

Overall, this is a heavy lineup of films, and you might want to go on a long, contemplative walk after watching them all back-to-back. But they are all worth viewing and highlight subjects worth caring about.