CP photo: Kaycee Orwig
Local Hidden Gem for Animal Experiences: Black Cat Market Co-owner, Indigo Baloch
Pittsburgh boasts a number of great ways to see and experience art and entertainment. Some are more obvious, like the major museums located in the city’s Oakland and North Side neighborhoods. Others are a little harder to find, but no less interesting or worthwhile. See below for Pittsburgh City Paper’s list of local faves and hidden gems, including galleries, theaters, tours, and other fun ways to spend a day with friends or family, or on a solo adventure.

LF: Carnegie Museum of Natural History. 4400 Forbes Ave., Oakland. carnegiemnh.org
Adults and kids alike will delight in the expansive, educational presentation of dinosaurs, architecture, gems and minerals, and more in this historic building.

LF: Senator John Heinz History Center. 1212 Smallman St., Strip District. heinzhistorycenter.org
Get a fun crash course on Pittsburgh at this museum covering the full history of the city, from its founding to its many important contributions and figures.

LF: The Andy Warhol Museum. 117 Sandusky St., North Side. warhol.org
Did you know Andy Warhol was born and raised in Pittsburgh? The influential pop artist has his own museum, covering his prints, films, and more, as well as new voices in the art world.

HG: The Clemente Museum. 3339 Penn Ave., Strip District. clementemuseum.com
This museum pays tribute to the late Pittsburgh Pirate Roberto Clemente, one of the most celebrated athletes in Pittsburgh, and overall sports history.

LF: Kennywood. 4800 Kennywood Blvd., West Mifflin. kennywood.com
Generations of families have enjoyed the many rides, games, and events at this historic theme park. Be sure to try the Potato Patch fries and brave the Phantom's Revenge roller coaster.

HG: Meadowcroft Rockshelter and Historic Village. 401 Meadowcroft Road, Avella. heinzhistorycenter.org/meadowcroft
Right outside the city is one of the earliest examples of human habitation in North America. Learn about prehistoric life with fascinating demonstrations and other programs. 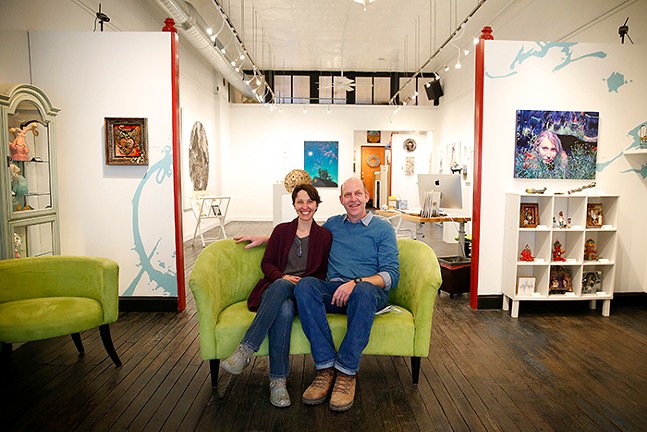 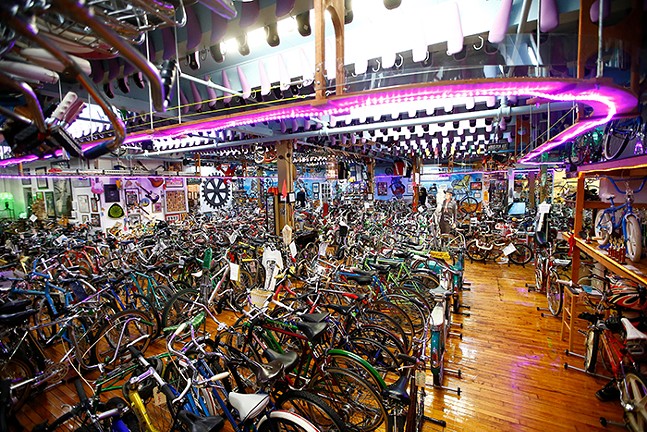 HG: Bicycle Heaven. 1800 Preble and Columbus Ave., North Side. bicycleheaven.org
Pittsburgh is becoming a more bike-friendly city, and not just in terms of transportation. See tons of cool, classic, and even famous bikes at what's touted as the world's largest bicycle museum and shop.

HG: MCG Jazz. 1815 Metropolitan St., Manchester. mcgjazz.org
Manchester Craftsmen’s Guild’s program is one of the longest-running subscription jazz series in the country, presenting an eclectic mix of musicians and vocalists of the genre.

LF: Pittsburgh Zoo & PPG Aquarium. 7370 Baker St., Highland Park. pittsburghzoo.org
Explore the animal kingdom on land and under the sea while strolling through this major zoo and aquarium that offers educational opportunities and a number of close-up encounters.

LF: National Aviary. 700 Arch St., North Side. aviary.org
Soar to new heights at the National Aviary, where you can meet tropical birds, owls, and other winged species, as well as penguins and a sloth. 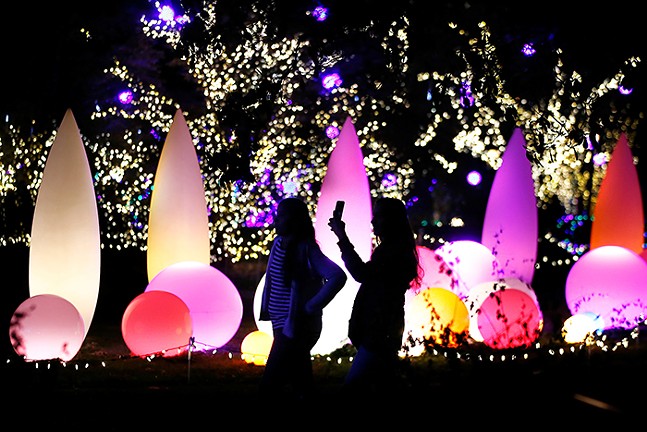 LF: Phipps Conservatory and Botanical Gardens. One Schenley Park, Oakland. phipps.conservatory.org
This giant domed jewel contains a long list of plant and flower species from around the world. Gaze at vibrant seasonal blooms, check out various exhibits and events, and find healthy snacks at Café Phipps.

LF: Arcade Comedy Theater. 943 Liberty Ave., Downtown. arcadecomedytheater.com
This theater group first moved its shows to the virtual stage during the pandemic, then to a cozy spot outdoors in the Cultural District for Arcade at the Oasis, a comedy-variety show featuring a rotating set of local and national comedians.

LF: Steel City Improv. 5950 Ellsworth Ave., Shadyside. steelcityimprov.com
Best known for its improv classes, Steel City has been physically closed during the pandemic, but has been offering skits on Twitch throughout, including Dubs of our Lives, a regular comedy act where performers improv lines over episodes of an old reality TV show.

HG: Mildred the Lunch Lady. Blue Moon Bar, 5115 Butler St., Lawrenceville. facebook.com/mildredthelunchlady
Mildred the Lunch Lady, once voted Pittsburgh’s no. 1 Bartender by City Paper readers, is an 84-year-old lunch lady who works at Blue Moon, an LGBTQ bar in Lawrenceville. She’s the alter ego of drag queen Alistair McQueen, and is worth a trip — and a tip! — for a drink and some laughs.

LF: Row House Cinema. 4115 Butler St., Lawrenceville. rowhousecinema.com
Set to reopen in late September 2021, this single-screen movie theater offers a curated schedule of classic, popular, and arthouse films. You can also grab a beer at the connected Bierport bottle shop and bar. And until the reopening, it’s offering private rentals and virtual screenings.

HG: Riverside Drive In Theatre. 1114 Lees Lake Lane, Vandergrift. riversidedrivein.com
Take in a double-feature under the stars at this drive-in theater located just a short drive outside of Pittsburgh. Besides new films, the theater also hosts weekend horror movie marathons and other special events.

LF: Walk The Burgh Tours. 1049 Penn Ave., Downtown. walktheburgh.com
What better way to learn about the city than by foot? Walk The Burgh offers a variety of guided tours covering famous landmarks, film locations, and even haunted sights.

HG: Cathedral of Learning Nationality Rooms. 4200 Fifth Ave., Oakland. nationalityrooms.pitt.edu
Learn more about the towering University of Pittsburgh landmark with a look at its many Nationality Rooms, classrooms decorated to represent countries from around the world. Tours are on hold due to COVID-19, but check back for reopening dates and virtual resources.