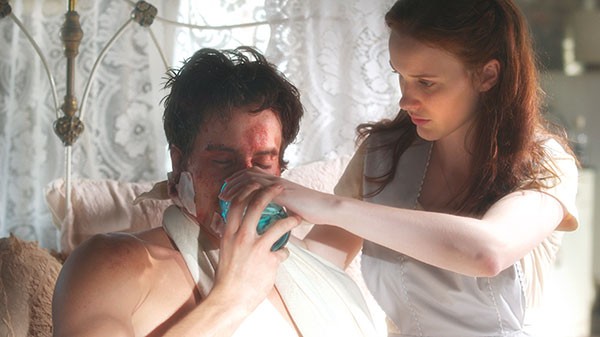 Writer/director Tjardus Greidanus' A New York Heartbeat may be set in 1959 Brooklyn, but its central dilemma is universal, at least if one is a juvenile delinquent. Which path to take: a life of crime, with the promise of easy cash and the risk of physical violence, or the straight life, in the company of a sweet woman, but without the camaraderie of the streets?

Tamara is a kind, if reclusive, gal who lives in a seemingly abandoned hotel with her equally reclusive gangster uncle, Didi (TV vet Jack Donner). As Tamara nurses Spider back to health, a tentative relationship grows, both bolstered and threatened by secrets. The story relies on a fair amount of convenience, but there's also a left-field twist or two.

It's a familiar crime-love hybrid tale, but even more recognizable to local audiences will be scenes of Pittsburgh. Greidanus shot Heartbeat here, with our appropriately vintage and grubby streets substituting for mid-century New York.