A new production gives the August Wilson House back to Seven Guitars — and Wilson himself back to the Hill. | Theater | Pittsburgh | Pittsburgh City Paper

A new production gives the August Wilson House back to Seven Guitars — and Wilson himself back to the Hill. 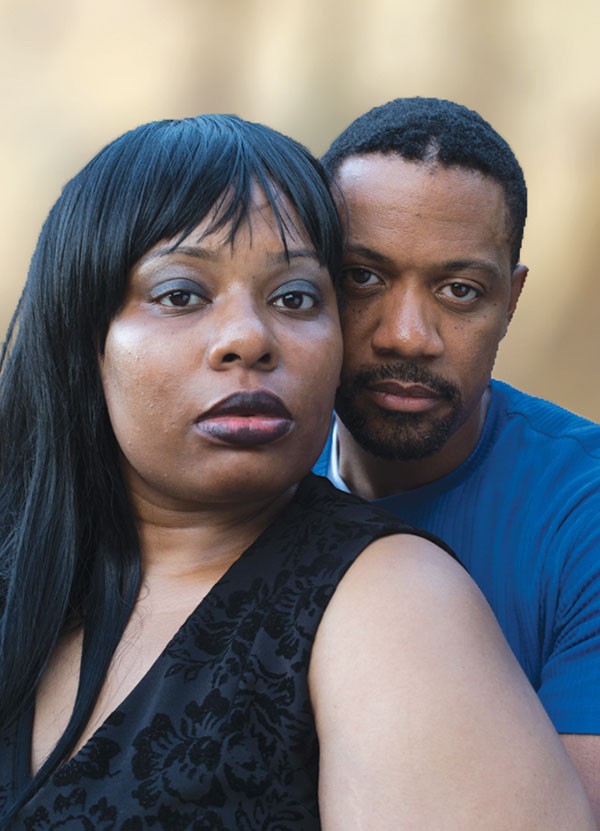 Playwrights has staged Seven Guitars before, but this time is special: The venue is the backyard of Wilson’s childhood home in the Hill District. It’s the very yard in which the play — which takes place in 1948 — is set.

This is already sacred theatrical ground. But prior to the show’s very first rehearsal here, Hightower (by day a photographer) poured water on the bare dirt and blessed the space further, in a traditional ceremony naming and honoring Wilson’s ancestors. Honorees included Wilson’s mother, Daisy, namesake of the Daisy Wilson Artist Community, Inc., the nonprofit that is restoring the long-vacant house as an arts center.

August Wilson, born in 1945, lived in the three-story red-brick house on Bedford Avenue until 1958. Seven Guitars is part of the late playwright’s famed cycle of plays, most set in the Hill, depicting African-American life in each decade of the 20th century. Seven Guitars hit Broadway in 1996 — just two years before Wilson met Mark Clayton Southers, the Pittsburgh-based actor and mill-worker who went on to found Playwrights and become a nationally recognized interpreter of his mentor’s work for the stage.

“This is gonna be sweet,” said Paul A. Ellis, Wilson’s nephew and president of the Daisy Wilson Artist Community, whose restoration efforts on the building itself are well begun.

But just as the production will give the Wilson House back to Seven Guitars, so will it give Wilson himself — so long now on Broadway, and in Pittsburgh’s own Downtown theaters — back to the Hill. That became evident before rehearsal, when Southers introduced a next-door neighbor to the cast and crew. When Southers invited him to the show, the man joked, “I can see you all from my bedroom window!”