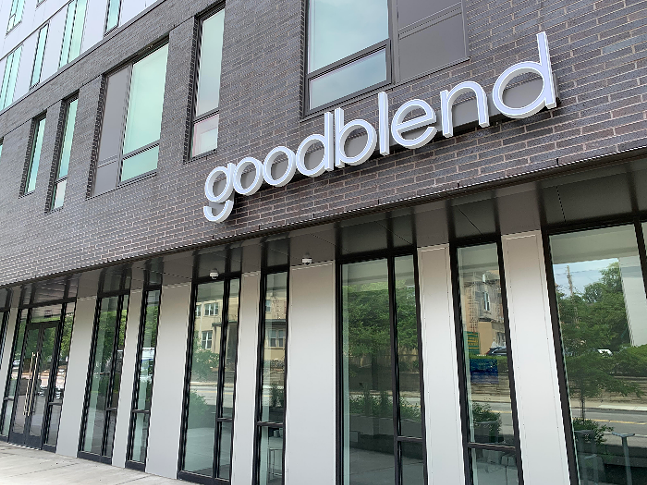 It will also be one of the very few truly urban medical marijuana dispensary locations in the Pittsburgh area, with most of the dispensaries concentrated in the suburbs or locations with large parking lots near highways. In fact, Pittsburgh is set to soon get a drive-through dispensary out in Robinson.

“The reason for the name goodblend is that it is accessible, and we welcome any patient along their journey of well being,” says Conway. “People can stop by on their way home. We just like to be in the mix. Stop by the market, stop by to pick up dinner, and then stop by goodblend. It really is very vibrant here, to be in a vibrant area was very important to us.”

In Pittsburgh proper, goodblend will join four other medical cannabis dispensaries. The goodblend dispensary will be located under the Baumhaus apartment building at 5502 Baum Blvd.

Conway says the dispensary will offer “everything that Pennsylvania allows” in terms of medical marijuana products. There will be topicals, capsules, tinctures, and inhalable vaporized cannabis products. The first day goodblend on Baum Boulevard will be open is Sat , July 17. A production for goodblend is located on Pittsburgh’s North Side, in the sprawling 120,000 square foot facility in Chateau.