"[Paul] can come across as weird or goofy, but there’s a really deep person in there" 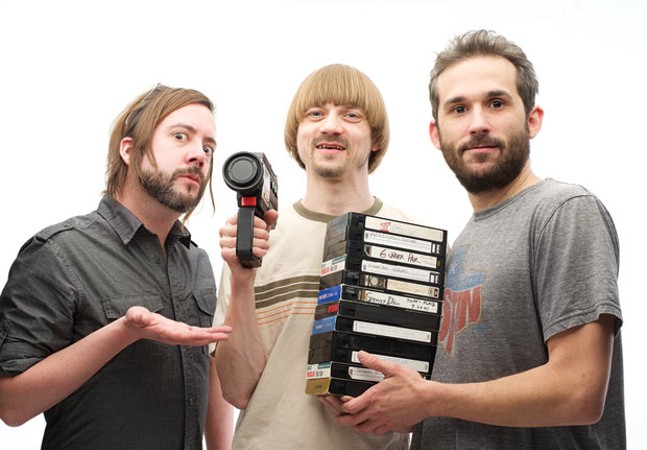 When Joe Litzinger first discovered Weird Paul, he assumed the YouTuber was an actor.

It was summer 2016 and the Los Angeles-based filmmaker was researching potential subjects for an upcoming documentary series on interesting humans for his production company, Interesting Human. He stumbled on Weird Paul's page and fell down a YouTube wormhole of homemade videos. They ranged from original music videos to food reviews, Q&As and unpacking videos and tutorials on subjects such as "how to punch food." Most of the videos had more than 5,000 views. Some had a whole lot more. All had charming lo-fi production, a complete lack of pretense and, of course, Weird Paul's fabulous bowl cut front-and-center.

“My first thought was, whoever this actor is, he’s doing a great job,” says Litzinger.

But after some digging, Litzinger realized that Paul was the real deal. Weird Paul (Paul Petroskey) wasn't an act, but a deeply committed Pittsburgh musician and artist who'd been making these videos with remarkable dedication since the early 1980s, landing him the unofficial title of "the original vlogger." Litzinger found his interesting human.

Over the next year or so, Litzinger and his co-director/editor Eric Schrader traveled from Los Angeles to Pittsburgh to follow the day-to-day life of Weird Paul. They spent time in his home with his parents and girlfriend, followed him at his day job, and chronicled the writing, shooting and editing process behind his filmmaking. The final product is a 90-minute documentary called Will Work For Views: The Lo-Fi Life of Weird Paul.

Will Work For Views isn't the first attempt to tell the story of Weird Paul – he's been featured locally, as well as in Vice and AV Club – but it's likely the most in-depth. Other profiles simply share the fact Weird Paul and his videos exist, often with a tone of detached amusement. Litzinger and Schrader were more interested in what it takes to make the videos, how he supports himself, and what his daily life is actually like.

For example, while the YouTube videos appear modest, Litzinger discovered that Petroskey goes through a rigorous process to make each one, re-writing scripts, taping multiple takes, editing until everything fits just right. Between his job and family life, some videos can take up to three days to complete.

There's more to Weird Paul than meets the eye.

"[Paul] can come across as weird or goofy, but there’s a really deep person in there," says Litzinger. "A person who has similar struggles with things we all go through. Particularly as an artist who’s trying to make it, after 30 years of doing this."