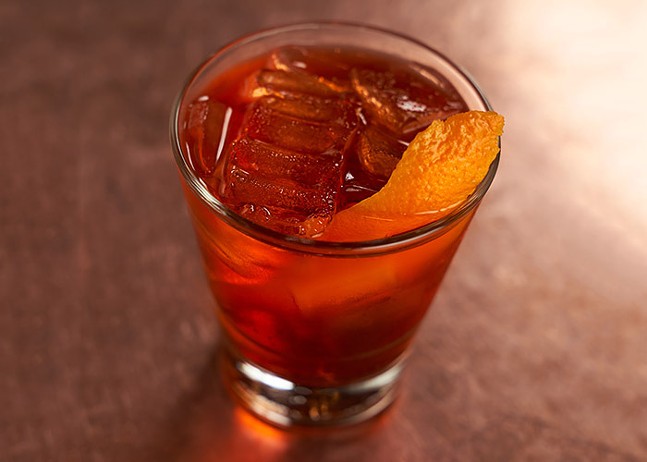 5867 Forbes Ave., Squirrel Hill
The blog PennsylvAsia reported that a new burger joint is opening in Squirrel Hill. 98 K shares a name with spots in the New York City boroughs of Brooklyn and Queens, but it is unclear whether the one opening in Pittsburgh is a part of a chain. Stay tuned for more updates.

instagram.com/sleepingranchero
Described as making “avant-garde plant-based tacos,” the Sleeping Ranchero food truck is sure to make your mouth water. With everything from basil and watermelon tacos to Buffalo cauliflower tacos, you can get your fix and feel good about the ingredients. They have upcoming dates at Trace Brewing and Necromancer Brewing, so watch their Instagram for more.

valkyriedoughnuts.com
Pittsburgh has had a few places to go for great plant-based doughnuts, and now fans of the fried treat can add Valkyrie Doughnut to the list. Egg-free and dairy-free, these doughnuts range in flavor from churro to french toast and are a huge, square take on the original. They can frequently be found at ADDA Bazaar and Curated Flame, but we suggest following their Instagram to find out where they’ll be next.


Tessaro’s
4601 Liberty Ave., Bloomfield. tessaros.com
Food and Wine magazine recently released a list of the best burgers in each state, and the crown for Pennsylvania went to Tessaro’s on Liberty. The popular magazine noted that Tessaro's burgers are grilled on cast iron over local hardwood coals, and placed on a bun from a neighboring bakery. As the magazine notes, Tessaro’s is also known for its in-house butcher.

932 Fifth Ave., New Kensington. instagram.com/sweetalchemybakeshop
In partnership with Preserving Record Shop, Sweet Alchemy will host a Vegan & Vinyl pop-up on August 29 at the record store's New Kensington location at 1101 Fifth Ave. There will also be vegan treats and drinks from Disfrutar, Steel Cup Coffee, Veggies N'at, and more. The event is free and open to all ages.