A new book on Rachel Carson illuminates her environmental foremothers, colleagues and heirs

"I wanted to show that she stood on the shoulders of other women, starting with her mother." 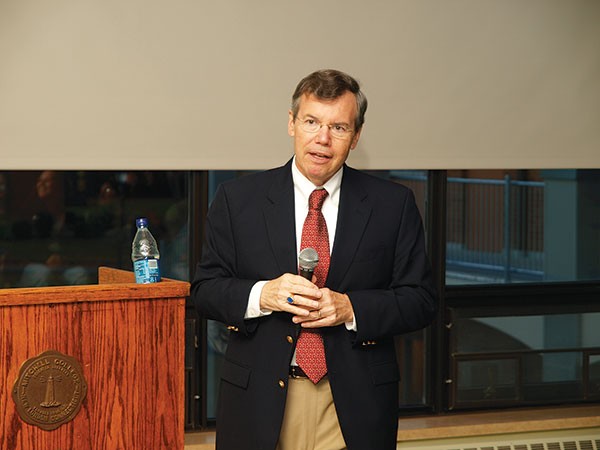 Convention labels Rachel Carson as the mother of modern environmentalism. But Carson, too, had a mother — and plenty of spiritual grandmothers, sisters and granddaughters.

Fifty years after her death, Robert K. Musil's book Rachel and Her Sisters: Extraordinary Women Who Have Shaped America's Environment (Rutgers Press) honors Carson, even while dismantling the myth that she was "a lone literary genius."

"I wanted to show that she was not just a lone figure ... but that she stood on the shoulders of other women, starting with her mother," says Musil, an environmental scholar who heads the Maryland-based Rachel Carson Council.

Maria Frazier Carson was a teacher who, Musil says, surely introduced her daughter to the work of 19th-century nature writer Susan Fenimore Cooper, whose stylistic influence Musil locates in books like Silent Spring. Other foremothers included conservationist and birding pioneer Florence Merriam Bailey and physician Alice Hamilton, who pioneered occupational and environmental medicine in the U.S.

Nor was biologist Carson a solitary researcher, even while exploring the effects of pesticides for the paradigm-shifting Silent Spring. "She was very proud to work with a whole set of scientists around the country," as well as groups like the Sierra Club, says Musil in a phone interview.

Yet Carson broke new ground. Previously, "environmentalists" were either conservationists — protectors of the land — or anti-pollution campaigners. Carson showed how nature's health is also ours. Though Silent Spring is recalled for its role in banning DDT to protect birds, notes Musil, "Most of the book is about human health."

Musil, a former executive director of Physicians for Social Responsibility, teaches about climate change and environmental politics at American University. He says Carson's combination of writing skill and scientific knowledge was also rare: "That's what made Rachel powerful and unique," he says. Women following that dual path today include Terry Tempest-Williams, Devra Davis and Sandra Steingraber.

Musil visits Springdale's Rachel Carson Homestead this week for a book talk and signing. (The free event includes a catered picnic.) He'll emphasize that the scientist and author knew that mere knowledge wasn't enough. "Her real legacy is in reaching out to the public and saying, ‘This is the science. ... We have a duty to do something about this.'"