A new book argues that most hysterectomies are unnecessary.

Hysterectomy -- the surgical removal of a woman's uterus, and sometimes ovaries and cervix -- might be the most common gynecological surgery in the U.S. today. (Some researchers say caesarian-section birth is No. 1.) It's long been prescribed for ailments like cancer and fibroid tumors.

Now, increasingly vocal critics are making the provocative argument that the surgery is almost always unnecessary. A new book, The H Word: What gynecology doesn't want you to know about 100 years of hysterectomy and female castration in America, chronicles a year of anti-hysterectomy activism by its authors and their foundation, Hysterectomy Educational Resources and Services (HERS). The activists traveled the country protesting outside hospitals in all 50 states and staging a reading of un becoming, a play about the topic by one of the book's co-authors, Pittsburgh-based playwright Rick Schweikert.

The H Word consists of a series of vignettes, and is flush with first-name-only anecdotes from women who say their lives were destroyed by hysterectomy. Their complaints range from depression to loss of sex drive to incontinence. The protesters encounter doctors who don't want to take their pamphlets or who say they never do unnecessary surgery.

The self-published book argues that women are uninformed about and bullied into the surgery by profit-motivated doctors. It says that women would never consent to have their sex organs removed if they knew what they were in for.

Schweikert and co-author Nora W. Coffey -- who herself underwent a hysterectomy -- assert that women whose uteruses are removed lose sexual function, age more quickly, and develop problems with their hips and backs which can compromise mobility. It says that many of the problems that hysterectomy is supposed to solve will go away by themselves, and that most of the others don't merit major surgery. Fibroids, for example, are small tumors in the uterine lining that can cause heavy bleeding and discomfort, but they aren't cancerous, and can be removed without hysterectomy.

Schweikert and Coffey say that the overwhelming majority of hysterectomies performed -- their figure is 98 percent -- aren't lifesaving procedures. They want to codify consent for hysterectomy -- in part by requiring that hospitals show a video they produced that details their take on the procedure.

"These organs have lifelong functions -- you cannot say a woman is improved by having her sex organs removed. If the uterus is removed, the woman is damaged," Schweikert says, sitting in his Downtown theater space.

Such views challenge medical conventional wisdom. For instance, UPMC's patient-information pamphlet on the surgery says, "A woman's sexuality and femininity are not changed by a hysterectomy." However, in seeming contradiction, it adds, "some women may notice a change in their sexual response after hysterectomy." And it says that removal of the ovaries will cause "surgical menopause," and that women can expect hot flashes and night sweats. The pamphlet urges women to ask lots of questions of their doctors before consenting to hysterectomy.

There are 22 million hysterectomized women in the country. Some 600,000 hysterectomies were performed in 2004 alone. Schweikert says the motivation behind all this surgery is profit, plain and simple.

"Either you get out of med school and struggle to pay your bills doing Pap smears or you start doing surgeries and you become a millionaire," he says.

For-profit health care draws criticism from plenty of places, not just anti-hysterectomy activists. A system that pays doctors by the procedure, whether it be hysterectomy or tonsillectomy, is fundamentally flawed, says New York-based journalist Maggie Mahar, author of the book Money-Driven Medicine and HealthBeatBlog.org.

The late Robert Mendelsohn, a self-described "medical heretic," medical-school instructor and president of the National Health Federation, was a vocal opponent of hysterectomy. Schweikert cites him saying doctors will give up hysterectomy only when a more profitable surgery arises to take its place.

"Every doctor is an accomplice unless they stand against it," Schweikert says. 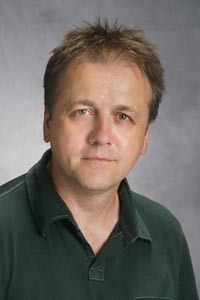