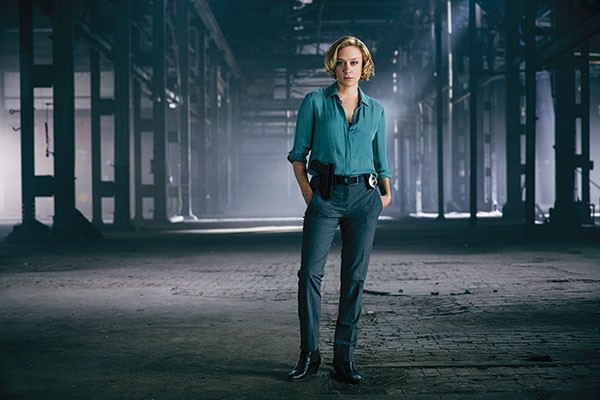 Chloe Sevigny stars in Those Who Kill

The set- and shot-in-Pittsburgh crime series Those Who Kill premiered this week on A&E (Mondays, at 10 p.m.). The 10-part serial was adapted from a Danish TV show, and stars Chloe Sevigny as newish police detective Catherine Jensen, and James D'Arcy as a forensic psychologist.

Episode 1 was very pilot-like, with a self-contained serial-killer story (that guy was easier to catch than a cold!), and some clunky set-up establishing the characters, their relationships to one another, and the likelihood that everybody is brooding over their own secrets.

In many ways, this first episode was a checklist of Cop-Show Tropes (COP) intercut with Filmed in Pittsburgh markers (PGH), as noted below.

So, is the show worth watching? Sure. It's fun seeing our town on TV, and the main story hasn't even unfolded yet. Seek out the first episode online or on demand, or just jump right in after absorbing these predictable aspects, listed as they played out.

COP: Jensen breaks into a house and watches a couple sleep, a.k.a. she's got issues.

PGH: There go some trains.

COP: When a steelworker pokes the ceiling, naturally, a mummified body falls out.

COP: Jensen has a cranky supervisor, but is buddies with the coroner (useful!).

COP: Dead body turns out to be missing prostitute.

COP: Jensen lives in a fab apartment with million-dollar view.

COP: Jensen has stash of cop files/photos at home.

COP: On her own time, Jensen investigates a crime scene. At night!

PGH: It's the "Mayview Plant," a.k.a. the former Mayview Hospital.

COP: Killer does that now-I'm-nice-now-I'm-raging thing.

COP: One painting is of her family's home!

PGH: Ohmigod, I know where that house is!