The end of the Cold War was a disaster for the spy genre. But adapt we must, and the international-intrigue entertainment complex has stumbled, with varying success, into the post-9/11 realm, where the enemy is more ill-defined.

But aspects of the Cold War carry on, as seen in veteran spy-novelist John Le Carre's A Most-Wanted Man, here shepherded to the screen by Anton Corbijn. The tale has been updated to reflect today's geo-political concerns, but much about the film — from its grubby European location and weary spies to its pervasive sense of impotence against institutions — feels contemporary to the downbeat, character-driven spy thrillers of the late 1960s and '70s.

The tension revolves around Issa, a Russian-Chechen seeking refuge in Hamburg. The Germans and Americans think he's an Islamic terrorist and want him picked up. But Gunther Bachmann (Philip Seymour Hoffman), who toils for a secret arm of German intelligence, hopes that Issa will lead him to a bigger fish, who may be funneling money to terrorists under the guide of Islamic charities. 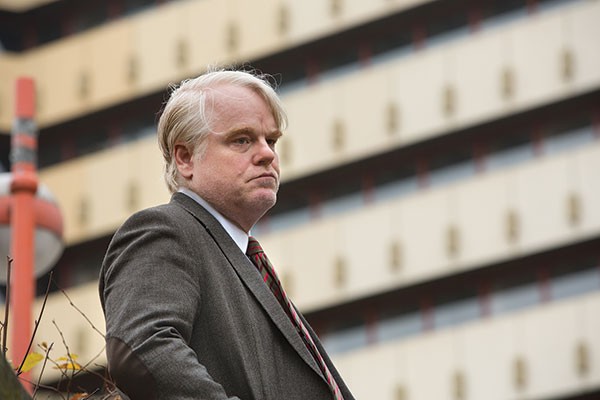 The investigating, scrambling and dissembling play out over several days, as Bachmann enlists several allies — an immigration lawyer (Rachel McAdams), a banker (Willem Dafoe) and a well-placed CIA agent (Robin Wright). But allegiances, whether to the state or self, are held close, and all players scheme, undermine and deceive toward competing outcomes.

We're more than a decade into our War on Terror, and Most-Wanted underscores that this murky quest is already becoming as numbing and unwinnable for its covert warriors as the Cold War was for its shadowy agents. Against the grays of Hamburg — cloudy skies and concrete buildings — are the moral and legal grays of, as the CIA agent reminds us, "making the world a safer place." And so the players, in tones from light to dark, move forward, even as the game board shifts beneath them.

Most-Wanted Man is mildly tense, but don't expect action sequences. When people aren't talking, they're silently brooding. (Hoffman's character smiles once, and even then it's sardonic.) I'm a fan of tales about rumpled spies who spend the night drinking alone, so this was an enjoyable two hours for me.

It is bittersweet watching Hoffman, in one of his last roles, portray a bloated depressive trying to find bits of light in a dark world — though of course his portrayal of such a character is effortless. It's also fun watching Hoffman and Dafoe spar, even as it brought to mind all the other scenery-chewing actors that Hoffman will never parry with: a real-life gloomy note in an already moody fictional tale.