A monumental Carnegie Museum show views the 20th century through the lens of Teenie Harris.

For the most part, the images here reflect not an indictment of America, but a desire to participate more fully in it. 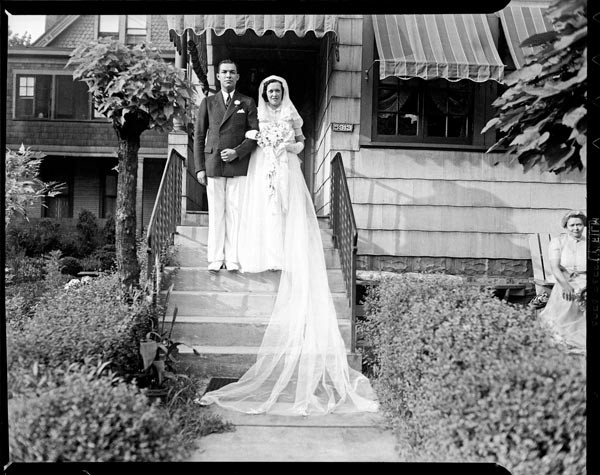 The exhibit's 987 (!) images are, after all, just a sampling of the nearly 80,000 (!!) in the Carnegie's vault. This is actually the Carnegie's fourth peek into the archives in the past decade; previously, the museum staged the three-part Documenting Our Past series, and other local institutions have also celebrated Harris in recent years.

But this exhibit, curated by Louise Lippincott and covering photos taken between 1930 and 1975, strives not just to document the past but immerse you in it. That's why an anteroom to the exhibit features a wall perforated with square apertures — camera viewfinders that allow you to peer deeper into the exhibit's heart. And it's why the focal point of this show is a darkened gallery on whose walls are projected seven slideshows of Harris' work, set to music.

The photos are loosely grouped in six general themes — like "gatherings" and "urban landscapes" — alongside a more focused look at the "Rise and Fall of the Crawford Grill," celebrating the storied jazz club.

The slideshows are accompanied by their own soundtrack: jazz music, of course, recorded for the exhibit by the Manchester Craftsmen's Guild. The entire display, actually, functions as a form of visual jazz. Each theme plays a part, occasionally soloing with a flurry of images while the Crawford Grill's arc, like a steady drummer, counts off the time.

In the next gallery, the photos are re-presented — this time as still images arranged in a grid. Each is indexed with a number, and a bank of computers allows visitors to examine the photos' backstories. (Photos are also available online, at teenie.cmoa.org.) Your cell phone provides additional background: Prerecorded phone messages from figures like activist Alma Speed Fox add historic depth. A third chamber, meanwhile, features images "guest curated" by local luminaries; noted photographer Charlee Brodsky and Pittsburgh Post-Gazette columnist Tony Norman, among others, offer their impressions on favorite pictures.

The result is an exhibit that, after providing an initial flash, allows you to peel back layers of Pittsburgh's past. You may, for example, learn about a dispute over which direction the statue of St. Benedict the Moor — which presides from atop its Centre Avenue church — should face.  You may even discover the surprisingly visible role of the mid-century black drag scene, thanks to photos guest-curated by local historian Laurence Glasco.

These days, every big museum exhibit comes with technological bells and whistles. But here, the apps are part of an open-source approach to curating the archives themselves. Many photos in the Harris archives capture events whose significance isn't fully known even to the museum. Archivists are, accordingly, asking patrons to help fill in the gaps.

And for all the technology, the exhibit leaves one feeling decidedly nostalgic. Pittsburgh visits from celebrated figures like Lena Horne and Martin Luther King are copiously documented, as are the aspirations of a rising black bourgeoisie. Many images have a strong "brotherhood of man" undercurrent, seen in the child whose face is luminous with expectation at the sight of cotton candy, or in the confident pose of a businessman, seated with children and TV nearby.

And while political concerns aren't ignored, they aren't foregrounded, either; images of the civil-rights movement are scattered alongside social gatherings and storefronts. With the exception of a few militants depicted at the end of the cycle, most photographs date to the civil-rights era's heyday — a movement whose goal of inclusion, though bitterly contested by white conservatives then, is today embraced by even them. Numerous photos, especially of children, feature interracial groupings. (Though these can be politically charged: One photo, of a black lifeguard supporting a white child, struck me as the final word in a long battle over desegregating Pittsburgh swimming pools.)

Some images offer unsparing critiques: Brodsky's chosen image — a tenement of almost Stygian darkness — provides a useful counterpoint to the middle-class-folks-at-home photos. But for the most part, the images here reflect not an indictment of America, but a desire to participate more fully in it. Consider the exhibit's signature photo: What could be more quintessentially American than an attractive woman lounging on a new car?

Teenie Harris, Photographer gives us images that don't just document American history, but help console us about it. Which is one reason, I suspect, that we haven't seen the last of them.