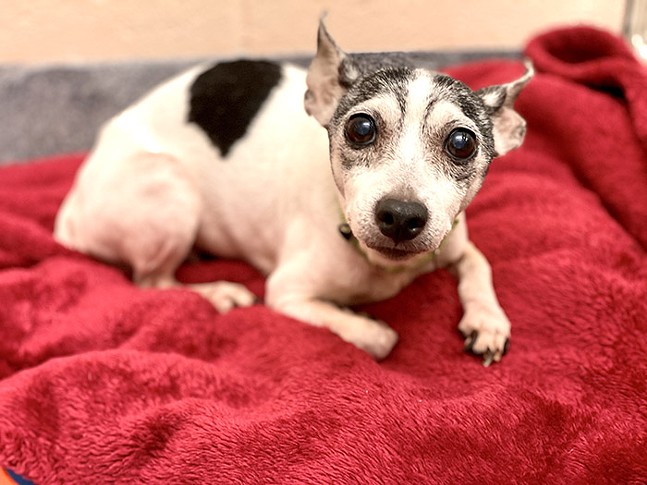 After Pittsburgh's Humane Animal Rescue contacted Katheryn Strang and told her they found her dog Dutchess, the Florida resident drove for over 18 hours to be reunited with the 14-year old dog she last saw as a puppy on Feb. 28, 2007.

The two were joined together once again on Fri., Oct. 11 — more than 12 years after the fox terrier escaped from its home in Boca Raton, Fla., and more than 1,000 miles away from where it was found this week in Carnegie, just outside of Pittsburgh.

"There was always a hope," Strang said on Friday. "It was so worth the drive."
Dutchess was found under a shed in Carnegie on Tue., Oct. 8 and, according to the Humane Animal Rescue, was "hungry, shivering, and in serious need of a nail trim." A microchip found during an exam at the North Side animal shelter later that evening helped them find the owners.

Strang lost Dutchess near Universal Studios when she lived in Orlando and feared the dog had been hit by a car, but says she felt so grateful someone was honest and took the dog for the vet to be checked for a microchip. "I am just that kind of person," she said. "I don't give up hope." 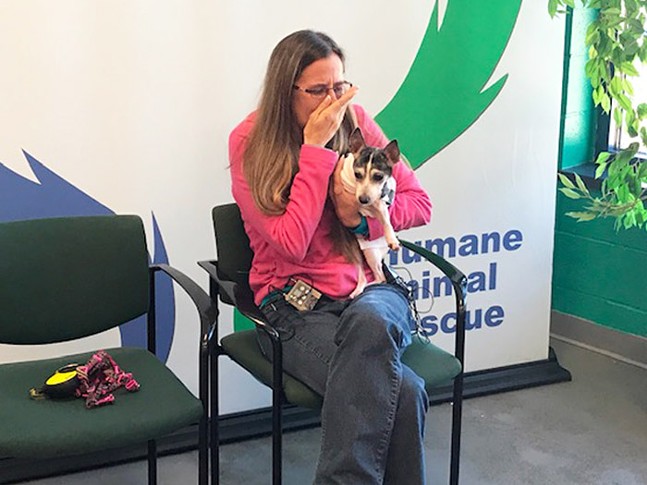 CP photo: Ryan Deto
Dutchess reuniting with her owner Katheryn Strang
Dutchess had been shaking a lot before, according to Humane Animal Rescue, but after reuniting with Strang, she now feels content in her owner's arms.

The original Lost Dog poster for Dutchess, pulled from the microchip website after she was located
To help encourage Pittsburgh's pet owners to get their animals microchipped like Dutchess, Humane Animal Rescue is offering $15 microchips (half-off the regular price) through the end of this month at both its North Side and East End Clinics. For more info, click here.
For more local animal coverage, don't miss Pittsburgh City Paper's annual Animal Issue this Wed., Oct. 16, available for free in street boxes all over the city and online here at pghcitypaper.com.