You might have heard: Pittsburgh-born, -raised and -educated, off to NYC for commercial art success, followed by art-world triumphs as a serial game-changer with early Pop art, screenprint paintings, films, art-business-media, portrait commissions, glamour. Andy Warhol has been the most consequential artist of the past 50 years, and was pivotal in the shift from modern to postmodern art. Beyond the lasting value of his work, he played a major role in expanding art's subjects, themes, processes and mediums while indulging his taste for America as it had recently become: a place of consumer goods, celebrity, spectacle, short attention spans.

Regarding Warhol: Sixty Artists, Fifty Years, organized by Mark Rosenthal, Marla Prather and Ian Alteveer for New York's Metropolitan Museum of Art, aims to measure Warhol's influence. A big exhibit with a big catalog, it met with a cool reception in New York. But for starters, there's the enticement of terrific contemporary artworks — some no doubt masterpieces, time will tell — of which there are dozens. These include three by Hans Haacke alone, plus Cady Noland, Ed Ruscha, Jean-Michel Basquiat, John Baldessari, Bruce Nauman, Cindy Sherman, Maurizio Cattelan, Felix Gonzalez-Torres, et al. The exhibit skews blue-chip and could lose some Jeff Koons sculptures to make way for more youthful energy along the lines of Ryan Trecartin, as this isn't a post mortem; Warhol's influence is far from over.

In this, its second and final venue, the exhibit is presented in more expansive quarters while retaining its core — including the assertion that Warhol's influence is profound, pervasive and hard to pin down. But it's also somewhat different, with Warhol Museum Director Eric Shiner tweaking the exhibit by adding works and reconfiguring the layout.

The interpretive schemes remain largely intact, addressing such themes as appropriation, gay identity, collaboration and even abstraction. But according to Shiner, an effort's been made to create juxtapositions based more on ideas and less on similarity of appearance. And the art that was added doesn't hurt, from the tower of Brillo boxes by Charles Lutz (b. Pittsburgh 1982, lives — yep — in Brooklyn) filling the lobby to Kara Walker's controversial screenprints and bonus Warhols. 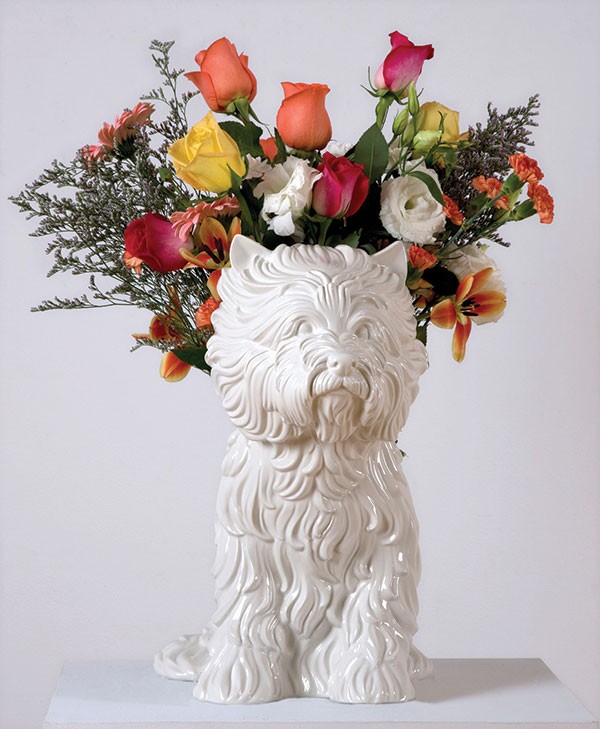 Virtually the entire museum was reinstalled to accommodate and buttress the exhibit, including adding cases of illuminating archival materials, from unpaid bills to pulp novels that Warhol collected. In fact, the exhibit tapers off at certain points, such that one has to look closely at the labels to tell which works by Warhol belong to it; but as with the Deborah Kass show that was recently installed throughout the museum, the more Warhol works on hand for comparison, the better.

With approximately 145 works of art, the emphasis is on painting — too much so — and to a lesser extent on sculpture. Also on display are photographs, film and video, and an occasional artist's book or other outlier. The exhibit snares the usual suspects as well as some less expected, casting a wide net to include those who reinterpret Warhol's ideas and artworks or reference them or react against them. Except where Super PACs are concerned, influence is notoriously hard to isolate because it flows here and there and sometimes both ways, and is often unnoted or even denied by those under its sway. Then there's the complication of concurrent developments among Warhol, Gerhard Richter and others — not to mention Alex Katz's claim, quoted in a wall label, that Warhol stole from him. Influence is a morass, but the juxtaposition of works gives one a lot to think about regarding the intangible, but undeniable, nature of influence beyond overt similarities.

While pursuing success, Warhol took art beyond traditional subjects and the cloistered artist's studio. His exercise of freedom in underexplored territories was inspiring then and now, and he helped open the way for new forms of video, political art, installation art and even the social interventions known as "relational aesthetics." Warhol's art addressed the audience more directly than much modern art had, and that's the main thread that I see linking the artists influenced by him. You can debate what an artwork by Warhol means, but there's never any doubt concerning what it's about. Though Warhol was often working with subjects and themes of personal importance, the apparent simplicity of his art seemed to place us, the audience, at the center of things — which we now take for granted is our rightful place.