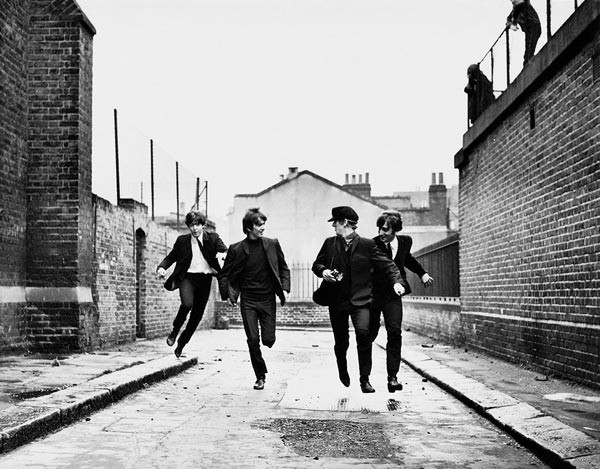 Those boots, those suits! The Beatles romp and smirk and sing their way through Richard Lester's exuberant 1964 film. The slimmest of backstage plots simply provides a hook from which to dangle sight gags, visual riffs, four adorable leads and a dozen hit songs. Lester and his off-beat style catch Beatlemania lightning in a bottle: In this first heat of their incredible media celebrity, the lads — and indeed the whole generation they'll come to represent — just sparkle with youth, enthusiasm and plenty of infectious, mildly anarchic fun. The film has been restored for its 50th anniversary.