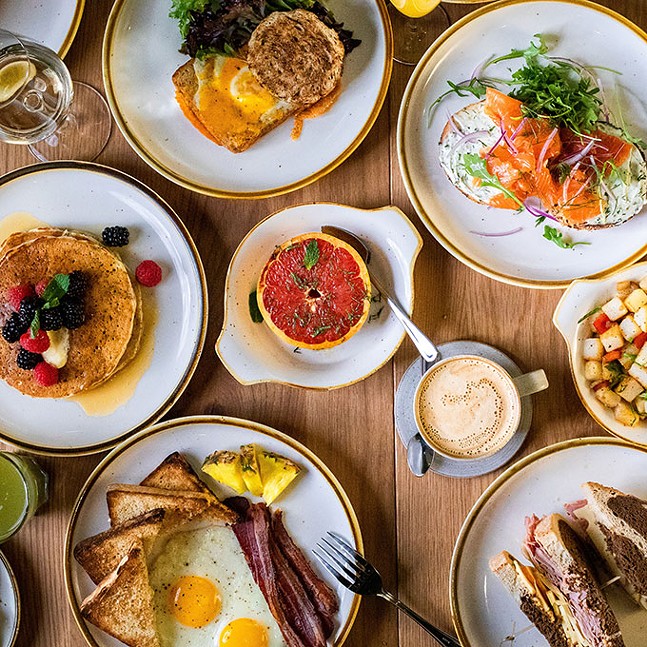 Can’t keep up with Pittsburgh’s fast-changing food scene? Don’t panic. We’ve broken down the latest food news for you, from restaurant openings and closings to the hot spots you should be keeping an eye on.

Creative Coffee & Supply
Look to this Downtown coffee shop for more than just lattes and house-roasted beans. According to its website, the goals are a lot more ambitious than that:
"We believe that the future only exists if you decide that it will exist. Not only do we roast coffee, we have decided to create a community for people to achieve greatness while fueling them with some kick-a#$ coffee." Bae Bae’s Cafe
The expansion of Bae Bae’s Kitchen is finally open, offering interesting flavors of boba, coffee, and small bites.
Sprezzatura
This seasonally changing, hand-crafted restaurant is giving Millvale high-quality Italian food at affordable prices.
R Wine Cellar
For eight years, R Wine Cellar has been crafting wines in the Strip District. Now, you can taste 16 of their wines right behind the winery on 21st and Penn.
click to enlarge 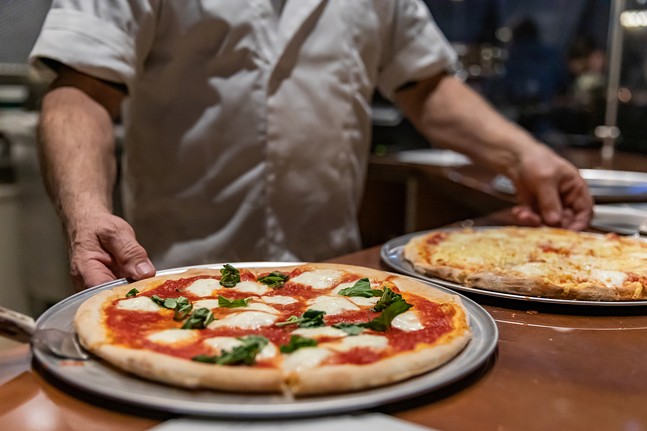 The Forge
Craft cocktails and wood-fired pizza are mainstays at The Forge, a lounge and restaurant located in the former Alida’s Woodfire Cucina.

Soul & Sea
This popular Penn Hills restaurant has expanded to the south, now bringing soul and seafood dishes to East Carson Street.
4Four6 Distillery
Sharpsburg’s much-anticipated distillery — “women-owned, craft-distilled" — is finally open, selling tastings and bottles of their gin and rum.
Emerson’s
The team behind Market St. Grocery has moved up, literally. Emerson’s, their cozy wine and cocktail bar and restaurant can be found on the second floor of the Market Square store.

Molinaro, Wolfie’s Pub, and Pizzivuo
M/W Hospitality closed three of their Downtown restaurants after the holidays: Molinaro, an upscale-Italian joint, Wolfie’s Pub, a live music bar, and Pizzivuo, a theme-rotating pop-up bar.
Gluten Free Goat Bakery & Café
In early December, Gluten Free Goat announced the end of all retail operations from its Garfield store so they could “expand and improve wholesale.”

Trevett and Sarah Hooper were given a choice: take their long-standing, Oakland restaurant to a fancier level or dial back service and stay true to their approachable, energized approach. The owners of Legume chose the second option. Sat., Feb. 29 was announced as the restaurant’s last day of service before the Hoopers blend it with Butterjoint to form Butterjoint All Day.

Lawrenceville Hall
This massive food hall and restaurant incubator will house five restaurants and a bar, according to NEXTpittsburgh.

Fig & Ash
Headway has been made on another East Ohio Street. newbie, Fig & Ash. The restaurant, which calls itself  “farm to flame,” hasn’t set an opening date yet, but the construction appears to be moving along.

Gi-jin
Gi-jin, a raw bar concept from the Richard DeShantz Restaurant Group, has been “coming soon” since 2017, so we'll have to wait and see on that one.

Mi Empanada
Fans of Mi Empanada can look forward to a stationary, Lawrenceville location for this Argentinian pop-up this spring.

The Eagle
When open, The Eagle will bring fried chicken and craft beer to the Eighth and Penn development Downtown.

Off The Rails Barbeque and Draft House
After three years on the road, owners of popular food truck Oakmont Barbeque have plans to open their first brick-and-mortar in Verona. 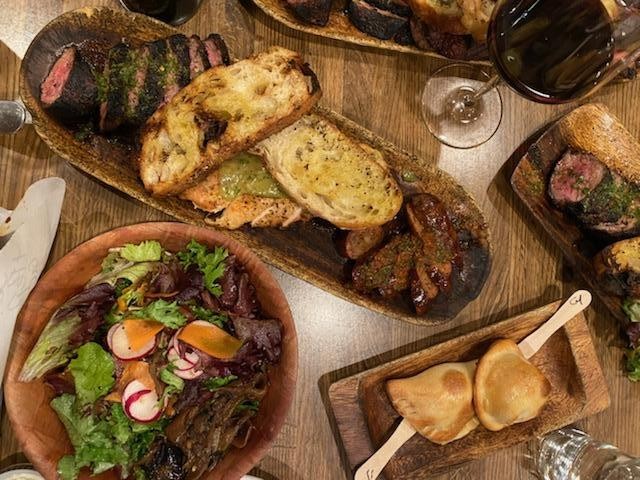 Gaucho Parrilla Argentina
This spring, Gaucho is trading in their Strip District spot for something bigger and better in the Cultural District Downtown. The former home of Six Penn Kitchen will now house the insanely popular Argentinian steak house, what the restaurant is calling “Gaucho 3.0.”

Hitchhiker Brewery is moving Downtown. The new location is planned to be open by the end of the year and will serve nitro coffee in addition to beer.

LazyDaze
“Coffee and chill” at the city’s first CBD “counterculture” café, found in Lawrenceville this fall.

Arsenal Cider House
By the end of 2020, Arsenal Cider will add Dormont to its list of locations.
Millie’s Homemade Ice Cream
Millie’s is finally making visible headway on its Lawrenceville location and announced a grand opening this spring.