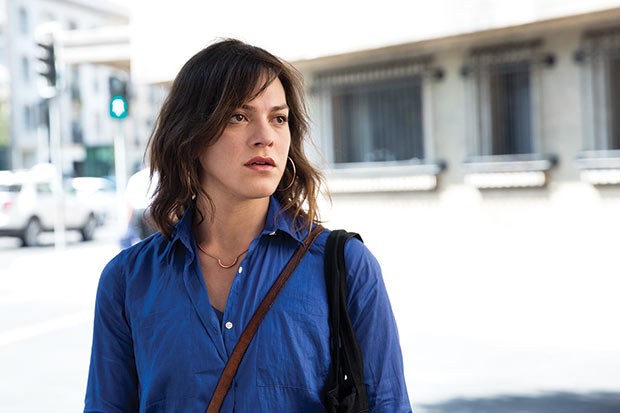 Early in Sebastián Lelio’s quiet Chilean drama, A Fantastic Woman, we are introduced to a couple — an older businessman Orlando (Francisco Reyes) and Marina (Daniela Vega), his considerably younger partner. Orlando collects Marina at the nightclub where she sings (“Your love is yesterday’s newspaper”), then they enjoy a birthday dinner and retire to Orlando’s comfortable Santiago apartment. But during the night, Orlando suffers a stroke and dies.

The event doesn’t just leave Orlando’s lover, Marina, alone and stunned — it threatens to upend everything about her life. That’s because Marina is a trans woman, and the familial and cultural institutions that would normally be a source of solace in this time are adversarial due strictly to her identity.

At the hospital, the police are called on the assumption that she is a prostitute. Orlando’s family is politely hostile: They strip her of the possessions she and Orlando shared (car, a German shepherd); oust her from the apartment; and forbid her from attending the memorial service. Throughout, she is humiliated, treated as illegitimate, insincere and unnatural. And by being treated as inhuman, as other, she is denied space to grieve and receive comfort.

A Fantastic Woman, which won the Best Foreign Language Film at the 2018 Academy Awards, is reminiscent of Lelio’s previous film, Gloria. That 2013 drama followed a middle-aged woman as she sorted out a life that was no longer defined by her relationship to a man. Even discounting her trans status, like many women, Marina’s comfort, identity and sense of belonging had also been tied to her relationship with an older well-established man.

And like Gloria, Woman doesn’t offer a lot of plot or melodrama; it’s a slower-paced character study that also argues for acceptance of transgender individuals. Some of those advocacy aspects may play a bit broadly with contemporary American arthouse audiences more familiar with trans-rights issues, but this is a Chilean film first.

Trans actress Vega is asked to carry this film, and she does well. Her Marina is charged with vulnerability and sadness, but she also embodies a quiet fierceness. The film suggests some ongoing tentativeness with her own sense of identity: Marina frequently confronts distorted images of herself — in bendy mirrors, in a face mirror placed provocatively over her naked crotch and, memorably, reflected in a car window, after an assault with adhesive tape renders her “monstrous.” But she rather tritely (as real people do) cites the aphorism, “What doesn’t kill you makes you stronger,” and carries on. She has lost much, but not her dignity, and in the end, not her sense of self, either.