"We wanted to be in the middle of things." 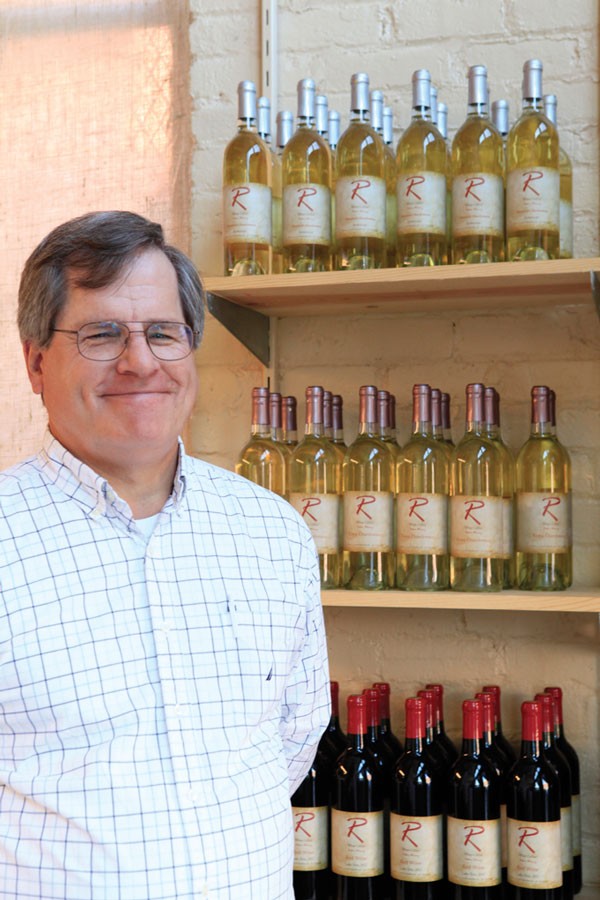 A new urban winemaker is fermenting in Pittsburgh: Located in the heart of the Strip District, Steve Russell's R Wine Cellar has joined the ranks of local vintners Engine House Winery and Carlo's Garage Winery.

Open since early May, Russell's winery is located on the 2000 block of Smallman Street, a location Russell thinks is perfect for the business. "We wanted to be in the middle of things," he says.

Russell, who previously worked in construction, was looking for a business that could involve his entire family. He and his wife had been making wine in their basement for several years, and they felt that they were ready to sell their product to the public. The couple has four children, and they all lend a hand at the winery.

The "R" in the company's name is another reflection on the family-centered nature of the business. It's the first initial of their last name, but, as Russell says, "It's a little play on words — it's ‘our' winery."

Visitors won't find any grapes being crushed: For now, at least, the winery lacks the proper equipment, and so some of Russell's pressed grapes come from California and Chile. But the rest of the vinification process takes place on-site. "We bring the juice in and take it from there," says Russell.

R Wine Cellar currently has four reds and four whites for sale. For example, there are oaked ($14) and un-oaked ($13) Chardonnays on the menu; Russell uses a blend of American and French wood chips to add a subtle woodsy finish to the oaked wine.

Russell also casts an eye toward the local, fermenting several wines with juice from the Lake Erie region. There's Traminette ($13) — a white wine made from a soft and fruity grape that is a lesser-known cousin of the Gewürztraminer grape. The Lake Erie Red ($12) has a bouquet of Concord grape jelly, but a surprisingly nuanced flavor. "I wanted it to be sweet, but not too sweet," Russell says.