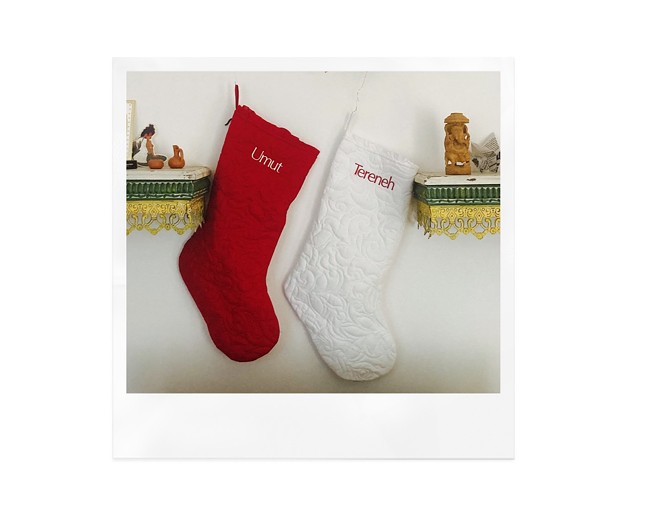 CP Photo: Tereneh Idia
His and hers holiday stockings
In a world full of doubts and uncertainty, there is one sentence that kept replaying in my head. “I have no doubts about you,” he said. The “he” is the man I met on OKCupid. I. You. Does it, could it, equal "we"?

In real life, not just multiple text messages and video calls. “Like we are in high school,” he said, laughing as he scrolled through the reams and reams of messages.

We met in March, and as the months went by, it was clear that while COVID-19 brought us together, COVID-19 was also keeping us apart. His project in the United States kept getting postponed. Late spring turned to summer and by early autumn, I expressed my desire to take a break from America. “Why not just come here?” he asked.

While most of the world was cut off from me, Turkey, where he lives, was one of the few places I could actually travel. The idea was tempting. However, buying a plane ticket so impulsively ... There were questions of timing, work, money, safety, and rationality.

Was flying to Turkey ... romantic? Desperate? Desperately romantic? Romantically desperate? I asked one of my closest friends, someone who is like me: clunky about grand romantic and emotional gestures. Their advice was — Go for it! If not now, when?!

So I bought a plane ticket, and the countdown started. A text from him: “Only one month to go ...” It made me so very happy, in all of 2020, something to look forward to. Thrilled, joyful, nervous, and excited. Yes, nervous and excited.

Then, a few days before my flight was due to take off, there was a large earthquake in Izmir, Turkey. We had been texting at the moment it happened. I was waiting for his response to some probably very witty and funny thing I said; instead, I got a photo of broken glass on the floor with the caption, “We just had an earthquake.”

I started shaking as if I was in the apartment with him. Then I started scanning the news, social media. If more than a few moments would pass without hearing from him, I would panic.

“Please keep sending me messages so I know you’re OK,” I texted. “Okay babygirl,” he would reply. I waited to see if my flight would be cancelled or rerouted. I was a ball of nerves for days. Finally, on Mon., Nov. 2, I wrapped myself up in plastic — mail-in ballot counted; COVID test no. 2, negative; N95 face mask, face shield, and PVC rainsuit — and flew halfway around the world to Izmir, Turkey.

I was aware I was taking an international flight in the middle of a global pandemic and while taking precautions, I wanted to be careful. So I had planned on taking a taxi from the airport to the old tiny stone house in Konak we rented for November. He would hear nothing of it. “I won’t be comfortable until you are in the house safely. I will pick you up from the airport.” 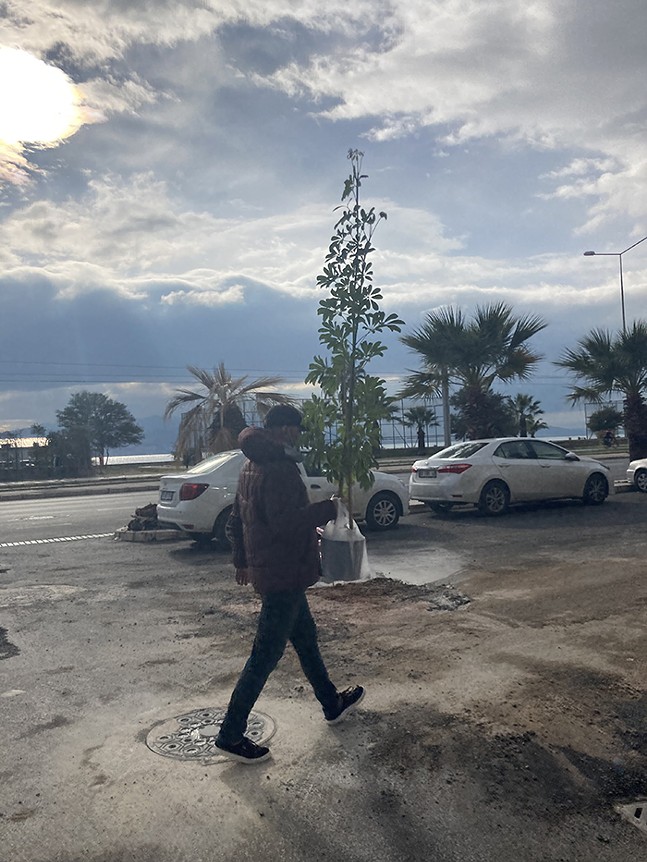 CP photo: Tereneh Idia
Finding the perfect holiday tree in Turkey
The TV movie version of this is that we rush into each other’s arms and give each other a long kiss. The COVID-19 version of this: I see him before I see him. I do not know what kind of car he is driving, but when I see it, I say, “That is him.” I watch him pull over and jump out of the car, rushing to the door several feet away from where I am standing. I call out his name, and he sees me. We are wearing masks so you cannot see our smiles, but they are in our eyes.

We are nervous and excited. There are no hugs, no kisses. Yet. We are both a bit shy as my bags go into the trunk of the car, and I sit in the back, open windows. “Driving Miss Tereneh,” we laugh.

I cannot remember what we said in the car, even though it was only a few weeks ago. I do remember he said, “My parents wanted me to call when you arrived.” So I was able to say hello to his mom and dad. Which was so sweet and kind, reassuring, too.

When we reach our funny little stone house in the hills of Konak, I won’t let him enter. What if I caught COVID-19 on the flight? I bring the bags in myself. As he sits outside to wait, he said someone walked by and teased him, asking if “his wife kicked him out of the house.”

Once I get the bags inside, I open the door to show him that everything is fine and that I will be OK living here alone for two weeks as I quarantine. “Can I hug you now?” he asks.

“Not yet,” I say, “let’s be as safe as possible.” At which point, he takes the tip of his right index finger and lightly caresses the left side of my stomach. Like a little kid who had been told he cannot touch something but does anyway. All of this is like something that could not or should not be happening, but it is.

One month later, as we lay in bed, several feet away from a holiday tree the two of us purchased just days ago at the open air market in Izmir, I think back to the moment at the airport when I first felt his presence before I saw him, that certainty which said, "There he is." It is glorious, maybe even a miracle.