A Conversation with University of Pittsburgh researcher Dr. Amy Herrick

"We never considered looking for resilience. We're really good at measuring sickness and disparity but have no real way to measure health." 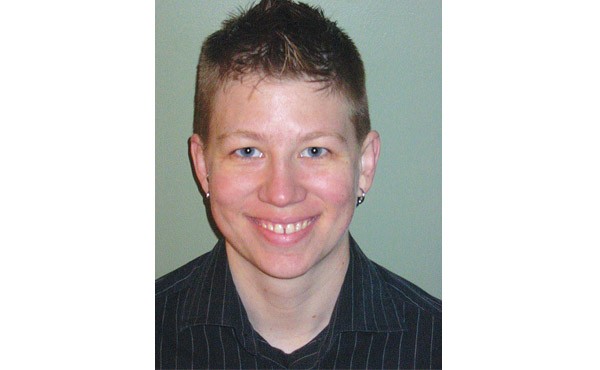 If you're a gay or bisexual man, a study at the University of Pittsburgh proves what LGBT advocates have been preaching for years: It does get better. In fact, researchers discovered that within the study, the majority of men who have sex with men (MSM) overcame internalized homophobia — or self-loathing because of external homophobia or negative societal stereotypes — over time. And it didn't really matter during which decade they realized a same-sex attraction.

In the study, led by Dr. Amy Herrick, a post-doctoral associate in Pitt's Graduate School of Public Health, researchers also discovered that even though some MSM experienced bullying or homophobia, they didn't experience negative health affects like sexually transmitted diseases or depression. It's one of the first studies to focus on positive health outcomes for gay men.

Herrick recently spoke to City Paper about the results. For a link to the complete study, which was published last month, visit http://www.ncbi.nlm.nih.gov/pubmed/23283578.

Since most studies on gay men focus on what often goes wrong for gay men and health, why study the opposite?

The pragmatic answer is looking at just risk and deficits [hasn't] gotten us very far in terms of behavior prevention, especially among men who have sex with men and gay men. Rates of HIV are going up instead of down. Clearly we're doing something wrong. That was part of it — to step back, think outside the box and try to figure out if what we're doing isn't working. Rates [of HIV] are going up among men who have sex with men — it's the only group [for which rates] are going up; they are going down [among] IV-drug users and high-risk heterosexuals. In the prevention world, we're clearly missing something.

The data from the study shows that most men resolved negative levels of internalized homophobia over time, but that many of the men came of age in a time — like the 1940s, '50s and '60s, when there wasn't nearly the level of positive LGBT imaging there is today. To what do you attribute that?

That shocked us. I think the kind of understood pattern is that it's the young guys [overcome internalized homophobia] with all this positive messaging — the whole "After Ellen [DeGeneres]" effect. But the older guys were doing just as well.

We have no idea [why], and this is the problem with the paradigm we're working against. Within the survey, we [asked] about all the negative things; we never considered looking for resilience. It's weird in public health, we're really good at measuring sickness and disparity but have no real definition of health and way to measure health.

What do you plan on doing with the results?

We want to take the same sample and look at resilience, and how resiliencies are developed and what it means. We're going to have to start over with everything we know, going back and doing qualitative research on MSM, what it means to be resilient, how they develop resiliency. Basically, instead of the old pattern of [asking] "What is it that made you start using substances?" asking, "How is it that you avoided using substances?"

How do you study something that doesn't sound easily quantifiable, like internalized homophobia or resilience?

For internalized homophobia, it's a scale: a composite of nine questions [about] things like, ‘I tried to stop being attracted to men.' It asks a bunch of questions about shame around their sexuality and that sort of thing. As far as resilience, that's what we're figuring out right now. It's a fairly new concept in terms of MSM health. We don't have the answer yet, we're starting to see more and more evidence of resilience like [the results] in this paper, but how we quantify and predict that, is still a question.