A Conversation with Bill Maher

"Two states have regular, roll-up-a-fatty-and-watch-SpongeBob marijuana, which is pretty amazing."

Unflappably irreverent comedian Bill Maher has been a force in national politics for more than 20 years, but he's not above Googling cities on his tours, even when not much is happening. "I always find out who the [congressional] representative is," says the host of HBO's Real Time during a phone interview, name-checking Rep. Mike Doyle.

Though he's reliably on the left politically, Maher has a penchant for offending people across the idelogical spectrum, as with a tweet last week — after this interview took place – in which he likened Israel's attack on Hamas to slapping a "crazy woman." Still, with an environment and middle class in peril, the comic will have much to rant about this Saturday at Heinz Hall.

A big issue in Pennsylvania is fracking, which continues despite scientific warnings and popular objections. As with recent Supreme Court decisions, it seems corporations always win if they have a stake in an issue. Is it possible to beat moneyed interests?

Well, we live in a democracy, theoretically, but for it to work people have to participate. ... If we extract all the carbon that's in the ground right now, which is what the Koch brothers want to do, game over for the planet. We're already teetering on the brink, and these people want to go on making money.

I never understand what goes on in rich people's minds. What, they're going to buy their own air? When the oceans swallow up the cities, what are they going to do? Move inland? I guess you can do that. It just seems like it'd be more sensible, because you already have all the money in the world, to live on the money you already have — which you will never be able to spend anyway — and do right by the planet. But they don't want to. 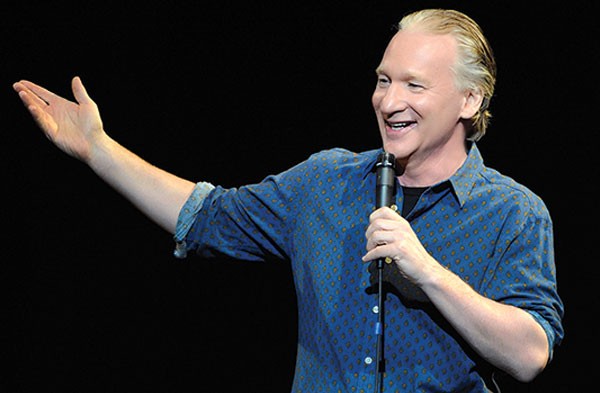 It was only a few years ago we were hearing, "Well, we don't know fracking causes earthquakes." Now, we pretty much do know, and the argument has moved to, "Well, yeah, it causes earthquakes, but what's a few earthquakes?" [Editor's note: Studies have linked underground storage of hydrofracturing wastewater to seismic activity in some states.]

Polls show majorities of Americans favor gay marriage, pot legalization, universal health care, abortion rights and action on climate change, while church attendance and gun ownership are declining. As someone who makes a living making fun of the country for being stupid, do you worry about it getting too smart?

[Laughs.] I'd be gratified if it did get too smart. I am a citizen and a patriot before I'm a comedian, so even if it did take away some material, I think it would be a great thing, and you're right: The country is changing. It's finally becoming more like a Western European country, and this is what's making the Tea Party types' heads explode. ... A third of the country can get gay-married, a third has medical marijuana. Two states have regular, roll-up-a-fatty-and-watch-SpongeBob marijuana, which is pretty amazing. We have six openly gay congresspeople. We have a Hindu in Congress, two Muslims [and] a bisexual, and there's a gay guy in the NFL. This is what's making them crazy: This confluence of black and gay and pot and Latino. It's a '60s dorm room they're afraid of.

But the rear guard is going to fight this until the end. The crypt-keeper's claw is going to come out to grab us, and unfortunately these are the people who are the most organized. We're entering the midterms and that coalition I was describing — the black and the young and the stoned and the gay — don't come out. The people who come out are the ones who make farting noises when they get up. It's the fucking 80-year-old white people who come out, and that's why we have a Congress Obama can't work with.

Why this shift now? Wasn't your generation supposed to liberalize the country?

America changes, but it changes more slowly than everybody else. We were one of the last countries to give up slavery.

Should liberals mock religion as much as you do, considering in the poorest neighborhoods of places like Pittsburgh, churches are often the last institution still there and working to better things?

I have never denied religions do good work: Catholic charities feed the poor and so forth. [But] there is absolutely no reason you need to believe in a Bronze Age myth to do that when there are plenty of charities that don't. So if you are asking me if I am going to stop making fun of religion — which does so much more harm than good —because it does some good, the answer is "no."