A conversation about the U.S. Supreme Court with acclaimed author and journalist Jeffrey Toobin.

"The political ideology of the justices is always the most important factor in any decision." 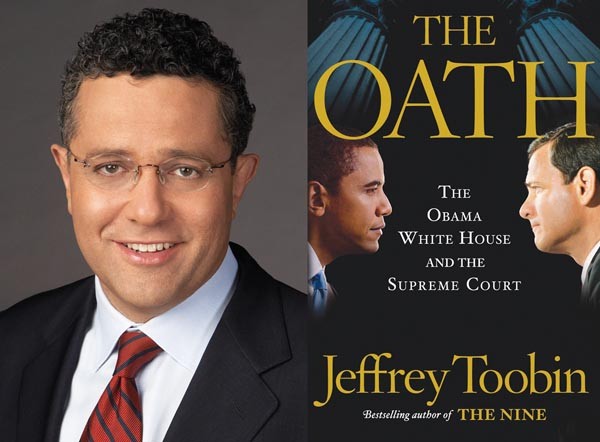 Author Jeffrey Toobin: "If I had to bet, I would say the Supreme Court is going to overturn DOMA this term."

Jeffrey Toobin writes accessible accounts of one of America's most inaccessible institutions: the U.S. Supreme Court. In contributions to The New Yorker and critically acclaimed books, Toobin blends judicial biography with American history, untangling complicated legal issues while teasing out behind-the-scenes anecdotes of how the court works. His latest book, The Oath (Doubleday), charts the Supreme Court's recent evolution into a bastion of conservative activism, while President Obama and other Democrats now tout the virtue of judicial restraint. He appears at Pittsburgh Arts & Lectures Literary Evenings on Mon., Oct. 8. He recently spoke with CP by phone. An extended version of this interview is available at www.pghcitypaper.com

You're coming here weeks before the presidential election. From the perspective of the Supreme Court, what's at stake this November?

Every presidential election is potentially momentous for the Supreme Court. There are four justices in their 70s, starting with Ruth Bader Ginsburg, who is 79. She has said that she wants to retire when she's 82. ... If Obama is re-elected, Ginsburg will certainly retire during his second term. Scalia and Kennedy are 78 and 76. I don't think they will retire voluntarily under President Obama, but they're getting to be the age where you never know.

Your book argues that it's the conservative justices who are the "judicial activists," whereas liberals don't seem to have a strong judicial agenda. How did liberals lose that, and what would a liberal agenda look like?

I think liberals themselves are struggling with that second issue. The one area where there has been an aggressive and successful liberal legal strategy is gay rights. If I had to bet, I would say the Supreme Court is going to overturn [the Defense of Marriage Act] this term. I don't think they are going to impose same-sex marriage on the entire country; I think that is farther than they're ready to go. But even in a conservative legal environment, that cause has had enormous success.

In terms of what happened to the legal movement [otherwise], I think [the liberals] had a lot of success [historically], and it was not clear what the next step was. They ended segregation; abortion rights were preserved through Roe v. Wade. Many people think Roe created a kind of excessive confidence in the courts. ... I think there is something to that. And once you had Republican presidents and Republican nominees to the courts, it became harder to have a liberal agenda.

Who is the most misunderstood justice?

Clarence Thomas. There is a perception that he is intellectually not up to the job, and simply a second vote for Scalia. Both of which are completely incorrect. He is well to the right of Scalia. He is more conservative than any judge who has served on the court since the 1930s. And he's an influential force: He has introduced ideas that seemed outlandish at first, but have later worked their way into majority opinions. Like the ideas in Citizens United [which overturned restrictions on corporate-funded political advertising]. The ideas that almost [overturned the Affordable Care Act] came from Justice Thomas.

Speaking of health care, Chief Justice John Roberts' ruling in favor of it shocked everyone. What should people know about that decision?

The most important thing is that John Roberts did not suddenly discover his inner moderate. He is a highly conservative justice. But he is also very savvy about the place of the Supreme Court in modern life, and does not want the court to be seen as a bunch of political hacks. He didn't want to make health care the third in the trilogy of Bush v. Gore, Citizens United and this one.

So is the amount of ideological agenda-setting on the court greater now?

There is this mythology about the Court that there was a time when all they did was law, and now they do politics. But it was always a deeply political institution. The political ideology of the justices is always the most important factor in any decision. And I don't criticize the judges for that. When you look at questions like, "Does the Constitution protect a woman's right to choose an abortion?" or "May a university use race in admissions?" those are at least as much political questions as legal ones.

If ideology is so central, does it even matter how lawyers argue?

I've asked the Supreme Court justices: "How often does an argument change your mind?" And they'll say "two or three times a year" — probably in relatively low-profile, technical legal cases. The briefs matter, and justices can decide cases in narrower or broader ways, in part inspired by the arguments. But I think mostly, they think what they think.