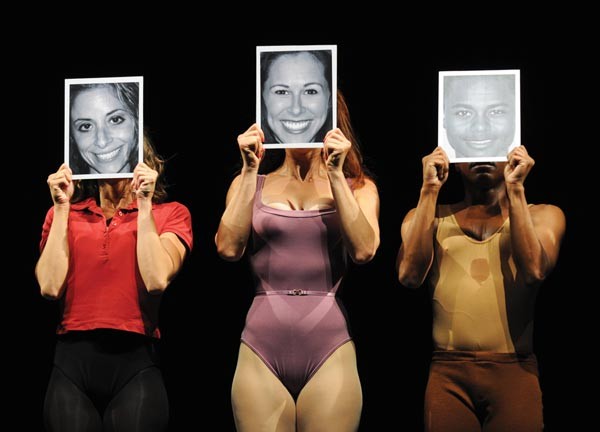 Photo courtesy of Matt Polk.
They can do that: (from left) Gina Phillistine, Heather Parcells and Kevin Curtis in Pittsburgh CLO's A Chorus Line.

There's a reason certain shows are considered "classic," as you're reminded by Pittsburgh CLO's terrific production of A Chorus Line. It's easy to forget the seismic reverberations Chorus Line sent through the musical-theater world in 1975 — no stars, no sets, no costumes, no plot. Just 17 dancers auditioning for a new musical. Compelled by Zach, the imperious director/choreographer, the dancers step forward and for two intermissionless hours talk, sing and dance about their lives.

Chorus Line was a huge financial gamble for original producer Joe Papp and his New York Shakespeare Festival. But after opening, the show won the Tony and Pulitzer and, until recently, was Broadway's longest-running musical. That production made the careers of book-writers James Kirkwood and Nicholas Dante, lyricist Edward Kleban, composer Marvin Hamlisch and, of course, director and choreographer Michael Bennett.

At its heart, Chorus Line is a portrait of what it means to have a dream and the cost of pursuing it. Though the 1970s references might be dated (who remembers Troy Donahue?), its beating pulse is as strong as ever.

Pittsburgh CLO is fortunate to have at the helm Baayork Lee, who appeared in the original and here recreates the Bennett direction and staging. And thank God. Nothing's more ridiculous than someone trying to "reimagine" a classic, and whatever else can be said about Chorus Line, it works. Bennett created an air-tight musical marvel, and Lee has to wisdom to understand that and the talent to recreate it.

It's a huge cast of powerhouse performers: I can't remember the last time I've seen so many people onstage who can dance as well as they sing as well as they act. I want to make special mention of Emily Fletcher, Heather Parcells and Emily Rice and their deeply moving version of "At the Ballet"; Hilary Michael Thompson's comedy genius on "Sing"; an impressively committed turn by Gabrielle Ruiz as Diane; and Bryan Knowlton's handling of Paul's legendarily difficult monologue.

My only complaint is a sub-professional sound design ... which, with a few more rehearsals, might equal the rest of this production.