A Children’s Museum exhibit teaches kids about the Cold War

“I really want children to enjoy the atmosphere of espionage.” 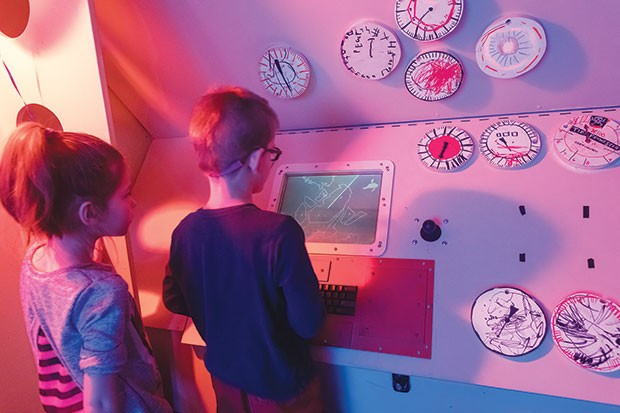 continues through May 28. Children’s Museum, 10 Children’s Way, North Side. $14-16; free for children under 2). 412-322-5058 or pittsburghkids.org
Ice Station Zebra is truly impressive in its scale and aims. It consists of three theatrical sets: “Submarine 509,” at the Children’s Museum of Pittsburgh, and “ice stations” in Kirkenes, Norway, and Nikel, Russia. And the project, the brainchild of the Children’s Museum’s F.I.N.E. resident artist Emily Newman, ambitiously means to teach kids about the long-ago Cold War.

Newman began conceptualizing the project in 2014, after returning from a lengthy stay in Russia. She sought a way to maintain a connection to that country through her work, and was inspired by the plot of Ice Station Zebra, a 1968 Cold War espionage film. She applied the basic premise, a race for secrets in the Arctic, to a concept she calls “theater without an audience.”

Kids are free to simply play on the set — sort of a big submarine playhouse, complete with piped-in sounds — without the burden of a script or audience, says the museum’s program manager Zena Ruiz. “The narratives occurring in those moments are just as important as the Cold War narrative this is inspired by,” says Ruiz. The exhibit includes props like parkas; set pieces like the sub’s “reactor”; and gear for a game where one team of kids writes a secret and hides it in a capsule somewhere in the museum, and another team tries to find it using an electronic tracker.

As witnessed by CP, the exhibit easily achieves the goal of helping children think about and negotiate conflict: The props must be shared, and the space is designed in a way that encourages adults to hang back. 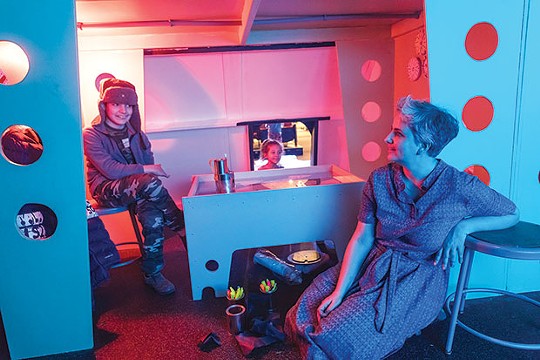 Alternatively, kids can engage with the built-in programming, including the ZebraCom, Newman’s original spy gadget capable of connecting Pittsburgh to one of the international sites. (This is live only on specific days.) Kids can trade “secrets” (about whatever they choose) with kids in Russia or Norway, helping them understand there are real children in other countries, who are just like them.

“I really want children to enjoy the atmosphere of espionage, but also gain some distance from it,” Newman says. “In the Cold War, there was an emphasis on friendship projects, because there was so much talk about nuclear proliferation, and the arms race, and the end of the world. The child became the icon of the peace movement. There were pen-pals and cultural tours, and money spent on diplomacy. We don’t have that now. We’re not making any effort to make sure people are not demonizing each other.”