In pursuit of justice, people should follow the lead of late actress/inventor Hedy Lamarr 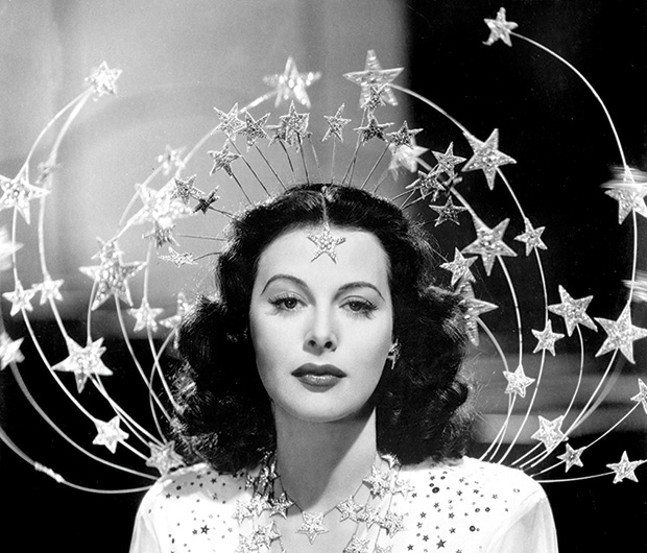 Hedy Lamarr runs naked through a forest in Czechoslovakia, dark wavy hair flowing to her shoulders. Her movements are as joyful and jubilant as her ebony mane. She enters a lake and swims with the grace of one who belongs in the water. Breaching through the surface, her bare breasts are exposed. We see all of this on screen. The 1933 film Extase (Ecstasy in the U.S.) makes her a controversial star. It solidifies her status as a beauty, but at what price?

In Bombshell: The Hedy Lamarr Story, an excellent documentary by Alexandra Dean, we learn Lamarr was a natural-born scientist, taking apart and putting back together her childhood toys. As an adult, America offered her escape — from the Nazis and a first husband who was providing arms to Hitler — and stardom. But she also developed radio-controlled technology for Allied forces, though her frequency-jumping process was shelved by the U.S. military.

Lamarr was told to stay in her lane.

She should use her beauty as an actress. She should help the Allies by selling war bonds and entertaining troops.

You might be reading this column on a computer or mobile device because of Lamarr. The technology she created is now used for satellite communications, Bluetooth, Wi-Fi and GPS. She was posthumously inducted into the National Inventors Hall of Fame in 2014. Four years later, what she was told long ago remains a constant refrain: “stay in your lane.”

This is no time for staying in lanes. Like Lamarr, we can all contribute. Is that not what we pledged allegiance to as children with tiny right hands over our still-growing hearts?

“… With library and justice for all.” Can we honestly say we have achieved that goal?

Martin Luther King Jr. did not stay in his lane — an Atlanta church pulpit. Fanny Lou Hamer left Mississippi’s cotton fields to run for Congress. Myrna Loy, named “Queen of the Movies” in 1936, ended up on Adolf Hitler’s blacklist and worked for civil rights her entire life. Colin Kaepernick kneeled knowing he would be a black man longer than he was a professional football player.

If you’re not staying in your lane, it can be difficult to know where to begin.

Do I wear white and march on Saturday or orange and march on Sunday? Do I want to block traffic and stand face-to-face with police wearing riot gear?

If being out in the streets is not your thing, you can still do a lot.

Paint a sign. Donate. Contact an elected official. Campaign for a candidate. Heck, run for office yourself.

Educate yourself about issues. Listen to those most impacted by the injustices. Vote … for goodness sakes, vote.

Channel your talents into fundraising. Send emails and tweets, post online. Form groups where you worship. Hand out water to a marching protestor. Have difficult conversations with family and friends.

Justice may seem an insurmountable goal. The process is inconvenient, and some say it is uncivil. However, only the lack of full rights for all – in our city, in this country – is truly uncivilized.

“… Liberty and justice for all” is our lane.