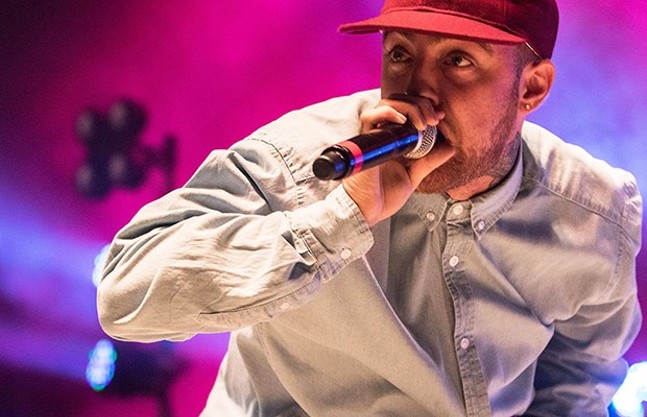 OK, we could have done better than that beginning. Also, we're not sure how accurate it is to write "Mac is back" as it relates to Mac Miller, because it doesn't seem like the guy is ever gone from Pittsburgh for too long ... which isn't a bad thing. We dig Miller digging his hometown as deeply as he does. 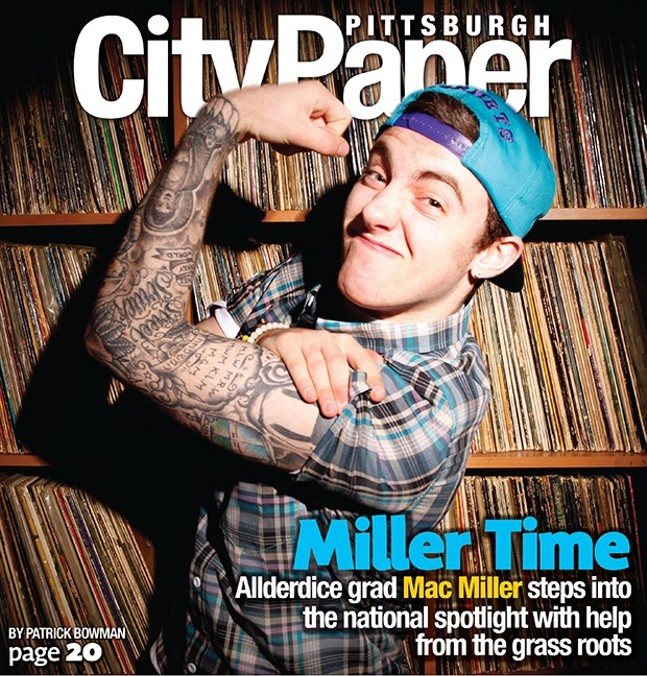 City Paper files
Mac Miller: cover boy (2011).
Anyway, Miller returned to the music-dropping scene Monday with "What's the Use?", the latest offering from his upcoming Swimming, which is slated for release August 3. The album's tour will run from late-October through early-December in North America, though the date we're all about is November 24, which is when "Mac is back" on a Pittsburgh-area stage (Petersen Events Center, Oakland).

If you're wondering, Miller is happy-ish for his former flame, Ariana Grande.


“It’s strange. Like, the whole (breakup) is a little strange, but it’s not negative. It’s just a part of something that’s going to continue to help make me who I am. It’s all positive energy. I am happy for her and moving forward with her life just as I’m sure she is with me.”


This story form US Weekly gets more into that whole thing.
© 2022 Pittsburgh City Paper