“When you read [the report], hopefully it will resonate that it’s not just our opinion. This is what you told us.”

Walk down the streets of a city like New Orleans, Austin or Nashville at night, and you’ll hear the sounds of music emanating from venues. Here in Pittsburgh, though, the sounds of live music can get a club’s management in trouble. Under current regulations, a venue’s liquor license can be called into question if music can be heard from the curb outside.

Over the past seven months, a myriad of topics has been discussed, from antiquated legal issues — like the one above — to the need to grow the Pittsburgh audience and, most importantly, the diverse cast of musicians who could achieve more success if they had more support. That discussion was kickstarted by the creation of the Pittsburgh Music Ecosystem Project, which aims to find ways to boost the Steel City’s local music scene.

A couple years ago, it seemed that Pittsburgh was “getting a lot of love in the national media for our affordability and the tech boom that was going on,” says Abby Goldstein, the general manager of 91.3 WYEP. “The city was written up in for the food scene in The New York Times. And there was no love for music. What I was seeing from my vantage point was great talent here without the civic level of support that would help it shine on a national stage.”

People had started to wonder aloud how, and if, the city government could help the music scene. At the same time, Russell Howard, vice president of special events and development at the Pittsburgh Downtown Partnership, was trying to launch a program to improve the live music scene Downtown.

After speaking with Allison Harnden, the city’s nighttime economy manager, Goldstein and Howard joined 17 other Pittsburghers at a 2017 Austin conference hosted by the Responsible Hospitality Institute. There, they heard reports on how cities like San Francisco and Seattle helped to strengthen support for music there. One of the more enlightening moments came from San Francisco’s entertainment commissioner, who insisted “noise” issues be considered “sound” issues, helping break down resistance there.

“If you go to cities that have thriving music scenes, you can walk down the street and hear music wafting from here, from there,” Howard says, gesturing. “It gives the neighborhood texture.” 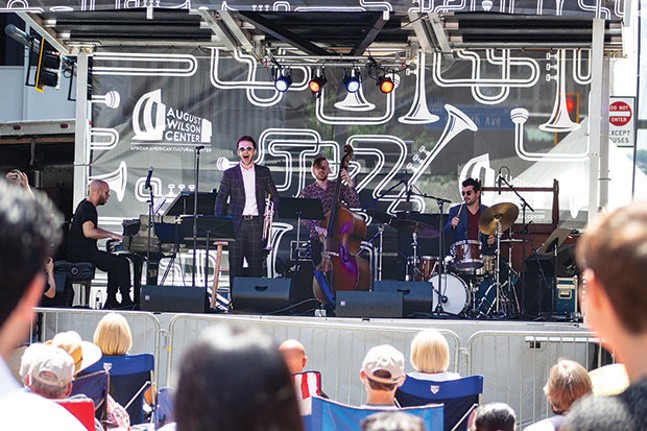 During the conference, a mutual friend introduced Howard to Don Pitts.

While working for Austin’s Economic Development Department’s music and entertainment division, Pitts helped reduce sound complaints by 70 percent. He also persuaded club owners to adopt unorthodox practices, like sharing their booking calendars with one another to ensure that bands of similar styles were not competing against one another. He was about to launch consulting firm Sound Music Cities LLC.

Motivated by what they heard, Howard and Goldstein received a proposal from Pitts and, with the support of a grant from the Heinz Endowment, the Pittsburgh Music Ecosystem Project was officially launched in October.

From the beginning, the Ecosystem Project was met with skepticism. The project’s creation came hot on the heels of a Visit Pittsburgh survey that gave low marks to the city’s nightlife, which led people to suspect that the project’s main goal was to develop a scene for Downtown exclusively, focusing on tourism. Pittsburghers became quite territorial upon hearing that an outsider was coming to our fair city to offer his two cents worth on what we have.

Things came to boil in February when the Ecosystem Project hosted a town hall meeting at the Kelly-Strayhorn Theater. Despite the fact that Goldstein opened the event by explaining that it was geared towards gathering information and input, many people came expecting to hear answers, not give them. One audience member repeatedly demanded to hear what Pitts was going to do for the city.

The Ecosystem Project was never intended to be an action plan that its backers would implement. Nor did anyone want to dress Pittsburgh up in some other city’s clothes. Those messages have been muddled among the suspicion and cynicism.

“The idea was not taking what’s worked in other places and dropping it into Pittsburgh,” Howard explains.

Goldstein agrees. “Something that Russell has said throughout this project, and what has been misunderstood, is bringing somebody like Don in from Austin doesn’t mean that we want to become Austin. That’s one of the key pieces of misinformation: that we want to become something else. There’s greatness here,” she says. “We can take the best of what’s happening here, enhance it and remove barriers, and allow Pittsburgh’s music to be exported elsewhere so that it becomes as much a point of pride as our symphony or our sports teams. That’s the goal right there.”

But before that goal can be reached, things need to change in a positive direction. 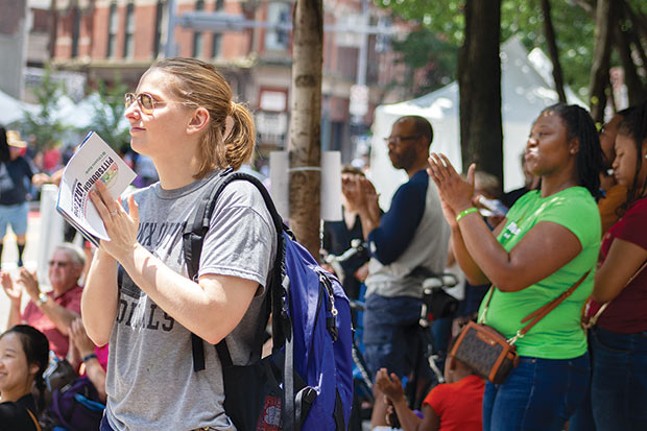 “I do things differently now as a result of the conversations that we’ve had on this project,” Goldstein says. “[WYEP’s] summer music series is all Pennsylvania bands this year, and most of them are local.”

Later this summer, Pitts will release a report based on input from focus groups, the February town hall meeting and surveys distributed earlier this year that will include recommendations on what steps should be taken next. One thing the report won’t do is grade Pittsburgh’s music scene, another misconception that Pitts heard as he met with people.

“What we really want to do in the report is share the comments from the last seven months, to give the reader a peek into what we were told,” Pitts says. “When you read it, hopefully it will resonate that it’s not just our opinion. This is what you told us.”

After the report is issued, the real work starts, the three say. It’s up to the community, not them, to figure out the next step.

“I think it’s fair to say that the three of us are not looking to take this and run it all the way to the end zone,” Howard says. “That’s not the intention. There needs to be some leadership that comes out of the fabric.”

Other people have started showing motivation as well.

“I’ve seen things bubble up in a bunch of different places since we’ve started this conversation — even without a report — of folks saying, ‘We could do things better,’” Goldstein says. “I think that gives me a great sense of hope and enthuse for what might come next.”