Pizzeria expands from its Mount Lebanon base 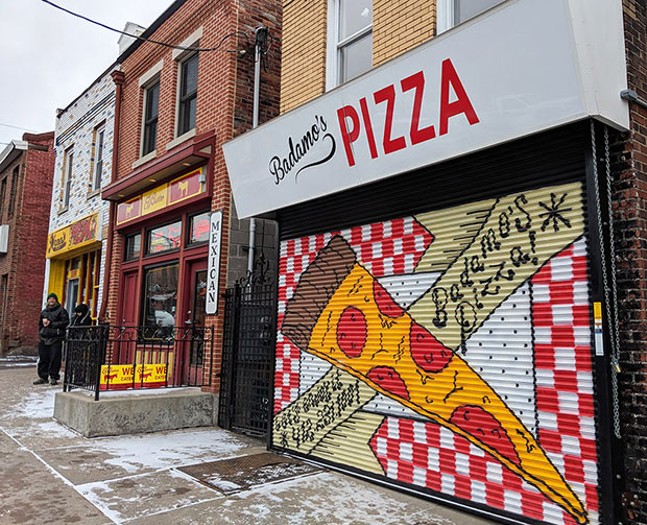 East End resident Anthony Badamo wanted to start his first pizzeria in Pittsburgh proper. But he couldn’t find the right building, so back in 2010 he tried Mount Lebanon. A’Pizza Badamo has been wildly successful there, and regularly makes lists of best local pies. So when Badamo finally located a good spot in town — a storefront on the North Side’s Federal Street — his reputation preceded him. On Dec. 28, Badamo’s Pizza announced on Instagram it would start cooking at 5 p.m.; its first minutes of business, Badamo says, were greeted with “a line out the door.”

On a recent Sunday afternoon, the small pizzeria was still bustling, a dozen customers crowding the service counter. The gray-haired fellow back by the ovens was Badamo’s grandfather, a Fineview resident who sometimes hangs out and “put his two cents in,” says Badamo.

Unlike the Mount Lebo spot, Badamo’s is basically pick-up only, and the menu is scaled back slightly. But apparently homemade Italian fare with fresh ingredients — red, white, margherita and Sicilian pies, plus calzones, hoagies and salads — aren’t popular just in the South Hills. Badamo, a 35-year-old former wireless salesman and touring rock musician, says that business is “booming,” and that he’s hiring.