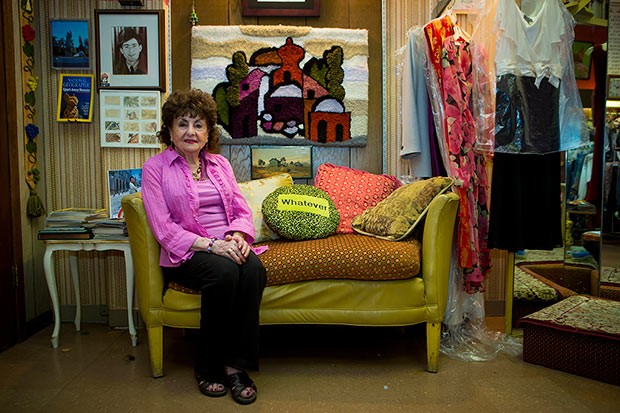 When “Big Sonia” was little, just 14 years old in 1939, she was taken from her home in Poland and spent the next six years in Nazi concentration camps. But Sonia Warshawski survived, married a man she met in the camps, and moved to Kansas City, where she raised a family. Now, at 91, she is still running a tailor shop in a corner of an otherwise abandoned shopping mall. Perhaps due to her vivacious personality, the shop has a steady stream of regular customers.

This documentary profile, directed by Todd Soliday and Leah Warshawski (Sonia’s granddaughter), lets Sonia tell her story, both the good and the bad. Like other survivors, she has grown to see the value of sharing her experiences, and has a side gig speaking to schools. (She also drops in on a prison group, where the hardboiled men are visibly shaken by her recounting of horrors endured.)

Sonia admits that her brutal upbringing has left her with unresolved issues — she attributes her vitality to a need to stay busy enough to avoid thinking about the past — and the film offers the less-talked-about but interesting matter of what it means to be the children of survivors. (Her son describes it as a blessing and a burden.) It’s an affecting portrait of one woman’s lifelong struggle to come to terms with her survival, a state for which she is profoundly grateful even as she is damaged by it.