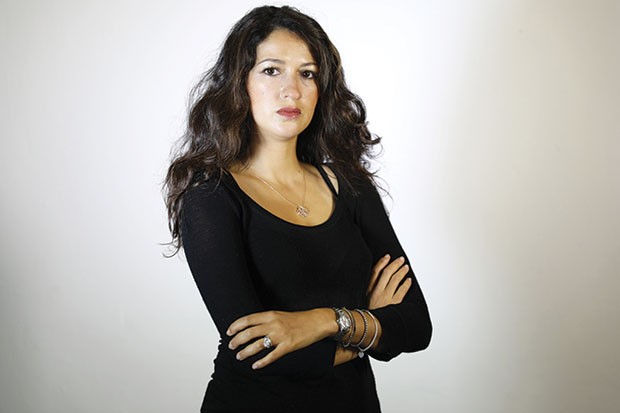 A first-week highlight of this year’s festival is a speaker well suited to City of Asylum’s mission of sheltering writers persecuted in their home countries. Zineb El Rhazoui is a Moroccan-born French human-rights activist who was a columnist for Charlie Hebdo at the time of the 2015 massacre that took 12 lives at the French satirical magazine, targeted for its irreverent depictions of the prophet Mohammed. When the shooting occurred, El Rhazoui was in Morocco, where she has been arrested three times for criticizing the government. Today, she is said to be France’s most protected woman, under 24-hour guard due to fatwas and death threats. On Sept. 9, she’s the guest at a public conversation on freedom of speech at Alphabet City. Week one also includes a Sept. 7 concert by the acclaimed Tom Rainey Trio.

Lake, co-founder of the groundbreaking World Saxophone Quartet, also co-founded Jazz Poetry and curated the music for the Sept. 15-17 weekend. Reached by phone in New York, he says he’s excited about the semi-improvised work with poets. He’s also preparing for the Jump Up reunion, for which he’ll share lead-vocal duties: “I’m trying to get my vocal chops together.”