In the current news climate, it’s time to question where news outlets get their information | Pittsburgh City Paper

“If people are going to be more skeptical of us, then we have to be better too.” 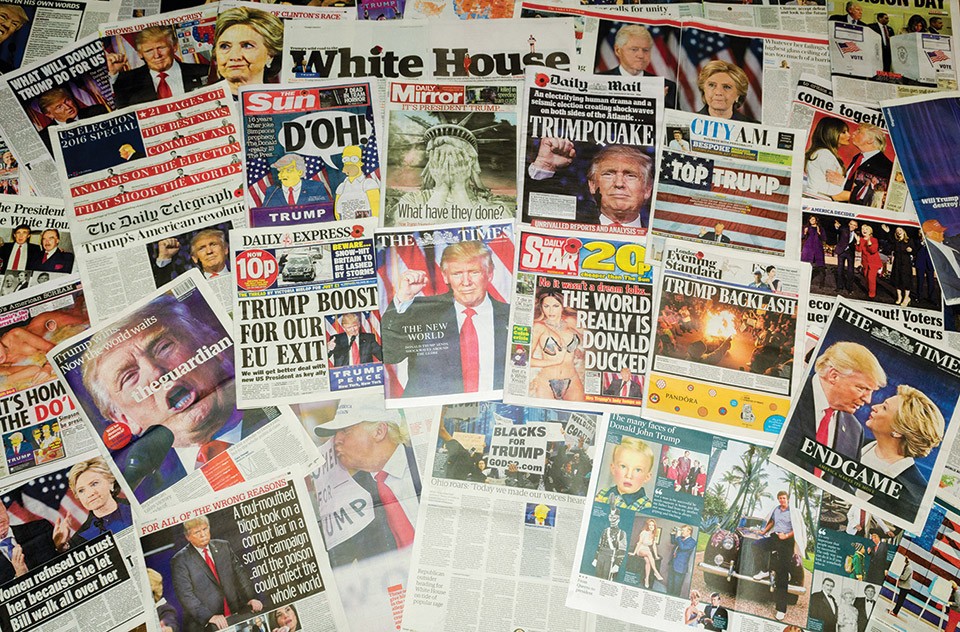 With so much media around the world, how do we know which publications are following their own rules?


People want an easy answer to ending the spread of fake news. And while there are some easy fixes — like checking if websites end in “.co” instead of “.com” — for the most part, filtering through media options to get a balanced truth requires time, skill and persistence.

Reliable News Sources
These news outlets have a history of credibility

Adding to that work, another complex problem is developing in the fake-news cannon: legitimate news sources citing non-legitimate sources for stories. For example, PennLive.com, the website of Harrisburg newspaper, The Patriot-News, ran a story in November 2016 about a University of Pittsburgh employee who allegedly offered extra credit to students who attended a social-justice rally in Downtown Pittsburgh.

The conservative-leaning, student-run news site The Pitt Maverick originally reported this, and it was picked up by Fox News and other conservative outlets. As Pittsburgh City Paper reported in March, writers at The Maverick, while earnest, have little journalism training and no journalism adviser. The Maverick also failed to reach out to Pitt for comment and never printed Pitt’s side of the story. And while PennLive.com did additional reporting to get more of the story, many other news outlets didn’t. (Pitt officials later issued a statement, saying the email in question was created by a student and later forwarded by an administrative assistant, not a professor; officials also said extra credit can’t be offered for such an event.)

So when legitimate news sources are citing suspect sources, what can readers do to find the full truth? Some experts point to a few suggestions, like cross-referencing claims in the media with long-standing reliable sources. Journalists also suggest readers themselves should adopt some reporting skills. And it’s not just readers who need to change their strategies. Media-ethics experts say publications should up their accountability to rebuild trust with readers and viewers.

Maybe with all these techniques combined, readers, journalists and society can push fake news back to the periphery of U.S. culture where it belongs.

Steven Barrett is a retired psychiatrist who operates Quackwatch.org and other consumer-protection websites. He’s been publishing reports on unreliable health studies for 40 years. He says news outlets often cite sources that aren’t legitimate, and a good practice is to double-check with more reliable sources. Barrett mentions, for example, if you hear a sensational story about cancer, check what the American Cancer Institute says.

“I would not take my advice from media reports,” says Barrett. “I would take advice from reliable anchors, like the government agencies, respectable professional groups and health periodicals.”

But some journals, like the Journal of American Physicians and Surgeons, have been cited in Breitbart, even though many of their claims have been rejected by institutions like ACI and the journal has been accused of right-wing bias. This is why Barrett believes readers should look for signs of unreliability. He says it’s like finding a reliable doctor.

“I can’t tell you who the best doctor is, but I can tell you the ones to stay away from: anyone that is selling you vitamins,” says Barrett, citing multiple studies showing multi-vitamins have zero health benefits for well-nourished adults.

Barrett says once reliable sources of information are identified, it’s easier to debunk fake news. But he also understands the landscape people are up against. “If there is a way to trick people, I am sure it is being done,” says Barrett. “There are potential counterfeits in almost all aspects of our life.”

Andrew Seaman, of the Society of Professional Journalists, says the idea of the media holding itself accountable is key. He’s noticed an uptick in outlets merely quoting sources and not doing the necessary vetting to see if they’re legit. And if those publications end up being wrong, they don’t often own up.

“In SPJ code of ethics, even if you are going to be quoting another source, you are ultimately responsible for what you publish,” says Seaman, who chairs SPJ’s ethics committee. “We don’t often see news sources take accountability on this.”

For example, Seaman is critical of the oft-used technique of quoting people on Twitter. He says many reporters will just pluck tweets from Twitter to use as quotes in stories, without checking the account for some credibility. It’s like quoting people on the street by overhearing one sentence they say and then walking away.

“The best solution is for journalists to [be critical of] themselves,” says Seaman.

He also says an increase in an openly partisan press has made this issue worse, citing outlets on both sides, like ThinkProgress and Fox News. With more partisanship, reporters are less likely to question sources when sources say something that confirms their bias. Seaman thinks we can fight through this problem, but it starts with publications rebuilding trust.

“Basically, we sort of have to start from scratch,” Seaman says. “If people are going to be more skeptical of us, then we have to be better too. … We have an army of ethical journalists across the country, we just have to mobilize.”

To help readers make sense of the current news climate, nonprofit news organization Public Source has been holding workshops across Pittsburgh to help news consumers identify what is reliable and what isn’t. The workshops teach people how to flag fake news, check claims for accuracy and teach citizens how to access public data and records.

“This whole ‘fake news’ thing is becoming more of a problem, so we should do something about it,” says Pittsburgh-based Public Source reporter J. Dale Shoemaker.

He says helping teach Pittsburghers about investigative techniques also can remind journalists to practice what they preach.

“We as journalists are going to take on the responsibility of helping people know what is true and what is not true,” Shoemaker says. “We need to show them that journalism is ultimately about truth.”

Public Source’s next fake-news workshop is April 8 at the Woods Run Library. www.tinyurl.com/m4lvhb5