LIT • IRL
Not one, not two, but four local authors will appear at Brillobox for a major Book Launch. The event spans genres with a new memoir by Dave Newman (The Same Dead Songs), a story anthology by Kareem Tayyar (The Revolution of Heavenly Bodies), and two poetry collections by Adam Matcho (ask your undertaker) and Lori Jakiela (How Do You Like It Now, Gentlemen?, which just happens to also be Pittsburgh City Paper’s August #CPBookClub selection). Meet the authors, and buy the featured books during the event. 7 p.m. 4104 Penn Ave., Bloomfield. Free. brilloboxpgh.com

STAGE • IRL
The Arthur Miller play A View From the Bridge has come to the city of bridges. Throughline Theatre Company will be at Carnegie Stage to perform the 1950s drama about a man trying to hold it together as he and his family pursue the “American dream.” A press release says A View From the Bridge follows the “cataclysmic downfall of Eddie Carbone as his life spirals once his niece falls in love with an undocumented immigrant.” 8 p.m. Continues through Sat., Aug. 6. 25 W. Main St., Carnegie. $15-20 or pay what you can. throughlinetheatre.org/on-stage

FEST • IRL
Fans of vintage science fiction, fantasy, and adventure magazines should head to PulpFest at the DoubleTree by Hilton Hotel Pittsburgh. The festival celebrates the history of pulp magazines and how the genre has inspired modern artists to create their own science fiction and fantasy art in comic books and more. Expect auctions for items including old pulp literature, vintage paperbacks, and true crime magazines. Visitors will even have the opportunity to auction off their own. Continues through Sun., Aug. 7. 910 Sheraton Drive, Mars. $25-70. pulpfest.com

MUSIC • IRL
Local punk rockers and other music acts will gather to support reproductive rights with a benefit show at the Squirrel Hill Sports Bar. The roster for the Punk Rock Pro Choice Benefit Show includes Lylyth, a four-piece “dark alternative band,” and the hard rock/metal band Anxiety at Best, as well as punk acts Kay Yoss, Understatement, and GRIN HOUND. Proceeds from the event will benefit WPA Fund for Choice, a group that works to provide safe and affordable abortion access and reproductive care to patients in Pennsylvania, Ohio, and West Virginia. 7 p.m. 5832 Forward Ave., Squirrel Hill. $10. 21 and over. facebook.com/sqhillsportsbar 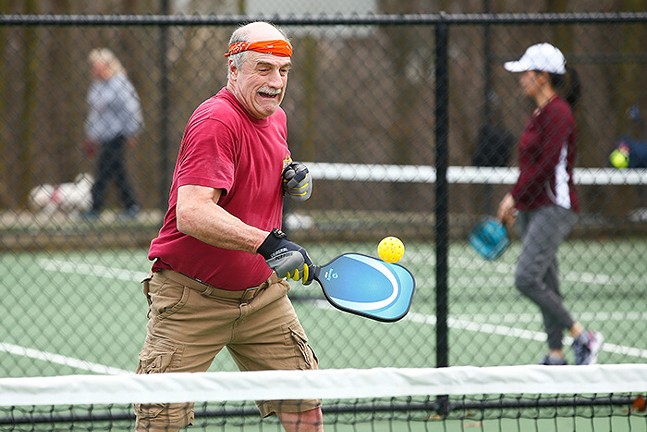 SPORTS • IRL
Bored of the usual sports like football and baseball and need something to spice things up? The GAMMA Sports Pickleball Classic 2022 will be held at David L. Lawrence Convention Center, and people of all ages are invited to participate. Learn more about pickleball, a paddleball sport combining aspects of tennis and badminton, and watch some of the best players from across the country. Register to participate for a fee. Continues through Sun., Aug. 7. 1000 Fort Duquesne Blvd., Downtown. $5 suggested donation. pickleballclassic.org

EVENT • IRL
Be ready to dig through some crates when the The Pittsburgh Record Convention Summer Show comes to the West View Banquet Hall. The annual, family-friendly event features vendors selling vinyl from a wide variety of genres and eras, including metal, doo-wop, R&B, soul, and jazz. There will also be a selection of cassettes, compact discs, and music memorabilia. 8 a.m.-4 p.m. 398 Perry Hwy., West View. $10, free after 10 a.m. facebook.com/ThePittsburghRecordCdConvention

MUSIC • IRL
The Night Nation Run combines running and electronic dance music for a one-of-a-kind event. Touted as the world’s first running music festival, the evening takes participants on a run through the North Side waterfront, where, along the way, they will come across live DJs, light show, selfie stations, bubble zones, and more. Finish up at Stage AE for an after-party filled with giveaways, confetti, and a special headline act. Pick up your glow necklaces and running gear and get ready for a night to remember. Gates open at 6 p.m. 400 N. Shore Drive, North Side. $34.99-54.99. nightnationrun.com/pittsburgh

EVENT • IRL
Celebrate the accomplishments of young adults at the August Wilson African American Cultural Center during the Shyne Awards, created by a nonprofit organization with the mission of recognizing the “positive achievements” of Pittsburgh area youth between the ages of 13 and 24. See the nominees awarded in categories ranging from arts and academics to entrepreneurship and leadership. The event also includes celebrity appearances, entertainment, and more. 5 p.m. 980 Liberty Ave., Downtown. $12.25. theshyneawards.org

TALK • VIRTUAL
The City of Asylum welcomes the #notwhite collective for the group’s In-Dialogue series. As described on the City of Asylum website, In-Dialogue facilitates conversations as a way to recognize BIPOC, AALANA, Indigenous, and immigrant arts and cultural workers in the Southwest Pa. region. This month will feature Pittsburgh artist Natiq Jalil and Victoria Snyder, executive vice president of Ya Momz House, Inc. and director of programming for Hip-Hop on L.O.C.K. 6-8 p.m. Online. Free. cityofasylum.org

STAGE • IRL
Sister Act is moving from the big screen to Benedum Center. Based on the 1992 award-winning film starring Whoopi Goldberg, the musical follows the story of a nightclub singer who, while on the run after witnessing a murder, disguises herself as a nun in a convent, where she transforms a mousy choir into an inspirational force. Don’t miss your chance to be a part of an experience that is second to nun. Continues through Sun., Aug. 14. 237 Seventh St., Downtown. $29-90. trustarts.org

LIT • VIRTUAL
White Whale Bookstore welcomes one of today’s most acclaimed authors during a Virtual Book Talk with Colson Whitehead. The best-selling, Pulitzer Prize-winning writer will discuss his latest book Harlem Shuffle, described by publisher Penguin Random House as a 1960s-set “family saga masquerading as a crime novel, a hilarious morality play, a social novel about race and power, and ultimately a love letter to Harlem.” Whitehead will talk with Adam Serwer, the author of The Cruelty Is the Point. 8-9 p.m. Takes place over Zoom. $20.99. whitewhalebookstore.com/events