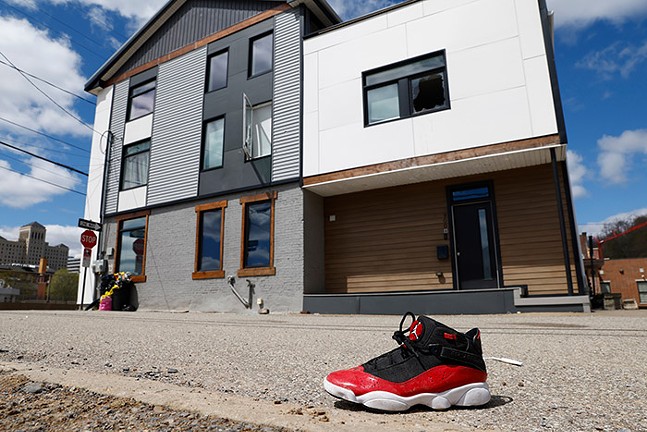 CP Photo: Jared Wickerham
The crime scene near the mass shooting during a party along Suismon Street in the North Side on Sun., April 17, 2022

An alleged victim of a mass shooting at a North Side apartment has sued the property owner and rental platform Airbnb for enabling an unruly gathering that ended with a shooter spraying bullets inside the building and onto the surrounding streets.

According to the complaint, plaintiff Tyriale Neal arrived at the April 17 party on Madison Avenue in Deutschtown around 12.30 a.m. and attempted to flee shortly after in response to the gunfire.

Neal, described as an adult, “was struck by at least one bullet” that left her with a shattered right femur, dislocated hip, scarring, as well as emotional and psychological harm, according to the complaint. 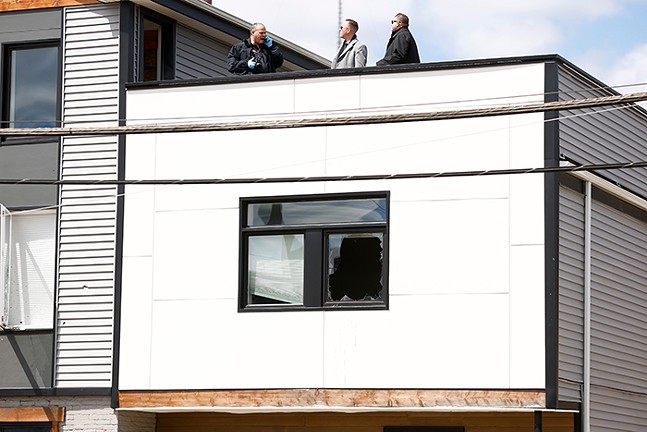 CP Photo: Jared Wickerham
The scene of a deadly mass shooting at an Airbnb party in Pittsburgh’s Deutschtown neighborhood

The complaint points to previous shootings documented at Airbnbs across the country — including another in Pittsburgh in 2019 that reportedly killed two people — that contributed to the adoption of “anti-party” policies.

But the filing maintains both 900 North Group and Airbnb failed to implement these practices in the April 17 incident, and is therefore responsible for the ensuing carnage.

Two teenagers were killed during the gathering, and several more were injured. About 200 people were reportedly at the party, and multiple videos posted of the incident on social media show a large dense crowd of what appears to be mostly underaged party attendees yelling and trying to get out of the house as gunshots are heard in the background.

Airbnb tells Pittsburgh City Paper that the company "strictly bans parties, and we condemn the behavior that is alleged to have prompted this criminal gun violence. The booking guest has been issued a lifetime ban from Airbnb and we will be considering all legal options to hold this person accountable."

The Airbnb representative adds that they've reached out to Mayor Gainey and the Pittsburgh Police Department "to offer our support for their investigations, and we hope the people responsible for this bloodshed will be found quickly."

The renter was not identified in the suit, and representatives for 900 North Group could not be reached for comment.