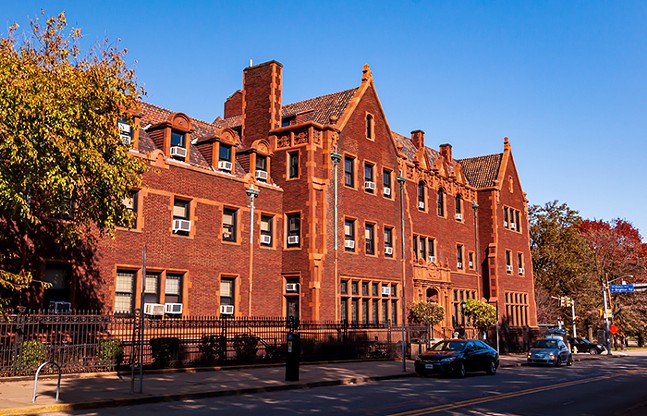 The faculty union at Community College of Allegheny County is preparing to call a vote of no-confidence in their president and board, citing ongoing leadership failures amid plummeting enrollment.

Representatives of the college’s American Federation of Teachers chapter say the move to call the vote was backed by 92% of members during a recent meeting. A date has not yet been set for the forthcoming vote.

Rather than contractual concerns over salary and benefits, the union is instead charging the administration with mishandling wider staffing and enrollment challenges they say date back several years.

“Faculty cite leadership failures such as mismanagement, poor financial stewardship and lack of transparency, failure to manage the enrollment crisis, negligence in overseeing the student experience, and lack of respect for college employees,” according to a statement from the union.

Jacqueline Cavalier, a history professor who joined CCAC in 2000, tells Pittsburgh City Paper that faculty had begun to voice concerns with the administration as early as 2017, but when the college began to emerge from the initial shock of the pandemic in 2021, the situation had starkly deteriorated.

Chief among the union’s concerns, according to Cavalier, is a decision to fire “several” academic deans and replace them with “individuals with little-to-no understanding of the institution.” Cavalier says faculty have subsequently been forced to navigate ongoing “chaos” and “instability” from leadership.

“The frustration is quite high, the morale is quite low,” Cavalier adds.

“These are not just faculty frustrations," she says. "We are seeing our students not be provided all the resources because of a lack of investment.”

“Even though it’s part of a national trend, we are doing worse than other community colleges,” Liddle tells City Paper.

Liddle blames the administration for failing to take control of the situation and says president Quinton Bullock has been presenting optimistic data to the board to fend off a more serious intervention.

“We’re budgeting for students that we’re not going to have," she says. “It is absolutely leading to a crisis.“

In a statement to City Paper, Bullock refuted the narrative posed by the union, saying his team has "taken the lead to find solutions, involving the entire college community in this process."

"Our goal has always been to maintain financial stability and the integrity of this institution, and to provide affordable access to higher education for all members of our community," the statement continues. "In the days and weeks ahead, I will continue to work with the faculty to address their concerns.

Attempts to reach the board were not returned by time of print.