Meet the nonprofit aiming to build a more inclusive Pittsburgh 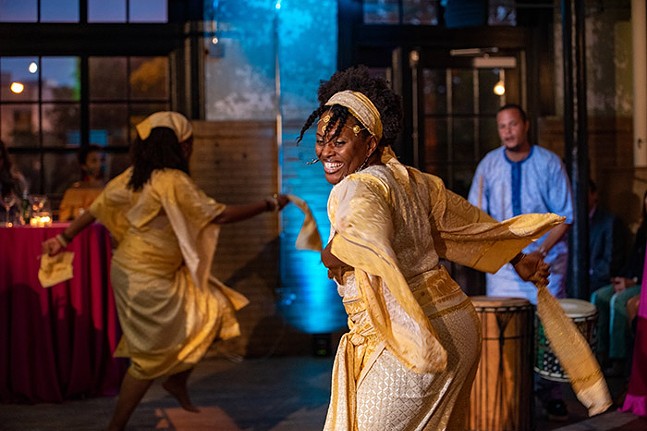 Dancers perform during the World Affairs Council of Pittsburgh's Spring Soiree on June 16, 2022.

Believe it or not, there is life beyond the Steel City. For over 90 years, The World Affairs Council of Pittsburgh has been spreading that message, sending students to explore different countries, educating people about political candidates, and working to remind Pittsburghers that there are things happening in the rest of the world, and not just in their home city.

Betty Cruz, the World Affairs Council of Pittsburgh's president and CEO, says the nonprofit wants to educate people about events that are not being reported in American news media in addition to those that are well known by the public.

“Russia's invasion of Ukraine should concern us all, but let's also not forget about the other wars going on,” she says. “There are 55 conflicts happening right now, but most people are only focused on one.”

In late 2021, the organization announced a three-year strategic plan, focusing on how to advance its mission of "convening and connecting people around global issues to build a thriving, competitive, and inclusive Pittsburgh," according to its website.

The Council offers a variety of programs for people to learn new experiences, including Globally Grounded, which provides BIPOC community members a space to not just talk about issues around the world, but share how it relates to their own experiences.

“Conversations about the world are not limited to scholars, they are open to everyone,” says Cruz. “If you don’t know that you are qualified to talk about what’s going on, it can feel like it’s you against the world. We have to pay attention to other events in the world as a whole, so we don’t keep repeating them.”

In addition to its programming, the World Affairs Council of Pittsburgh has also been partnering with other Pittsburgh organizations, including The Global Switchboard, which powers the All for All Coalition, with a goal to get Western Pennsylvanians more engaged with what is going on across the world.

“We all know that Pittsburgh is very diverse, but that is very hard to see,” says Lais Alexander, All for All Coalition's manager. “Betty Cruz has built a blueprint of the All for All Coalition and has done tremendous work over the years. The Global Switchboard’s goal is to [bring] more awareness of what is out there in the world and to make everyone feel included so that they have a fair opportunity at the resources provided.”

Both Alexander and Cruz say understanding is key.

“At first, we were seeing immigrant groups that were primarily white. Nowadays, we are seeing groups that are mostly Brown and Black,” says Cruz. “Unfortunately, that is part of the issue. If you are unfamiliar with countries or communities outside your own, it is easy to make assumptions and reduce individuals to stereotypes. Not everyone who speaks Spanish is Mexican. People may come from the continent of Africa, but that does not mean they have the same experiences. We need to stop lumping people together and taking away their unique stories.”

Students interested in learning about these “unique” stories up close can apply for the Council’s Global Travel Scholarship which allows high school students who never left the country to explore new ways of life. For three to five weeks, students stay with host families while they learn about their language and community as they also give back through community service.

“Programs like the Global Travel Scholarship and Globally Grounded allows for people to start questioning things in the world,” says Cruz. “Why am I eating only one type of food? Why am I not learning about these other cultures that exist in the world? A question like those allows for more people to be included in the conversations.”

In addition to educating current Pittsburghers, the World Affairs Council of Pittsburgh also aims to make sure that new citizens are informed.

“You become a U.S. citizen, but then what? People do not know or understand what to do after that,” says Cruz. “That’s why we have these resources so that people can learn how to live in this country. We teach them about mis/dis information in the U.S. political campaigns because many of the immigrants get tricked into voting for a person that doesn’t support what they want.”

One upcoming program, The Rise Of Mis/Disinformation And Its Effects On Pennsylvania Voters on July 26, is open to anyone who wants to learn more about strategies, tools, and tactics used by political candidates to impact voters and divide communities.

“These groups need to feel included so that they have an equal opportunity at the resources that are provided,” says Alexander. “Education, housing, language access, and family support are essential to both current and new citizens. How are you supposed to get those things if you do not know how to get them or the person you voted for you denied you of them?”

Both Cruz and Alexander believe that starting with yourself and in your community can make a huge difference.

“Try not to be judgmental and biased. Elevate different and new voices, but remember that you are not the gatekeepers,” says Alexander. “Make sure to point out your own bias and stereotypes.”

Cruz adds, “If you want to get involved, I recommend that you start where you are. Think about who is not included in conversations. Figure out what your community wants and needs. Educating and taking action can lead to new avenues and directions.”