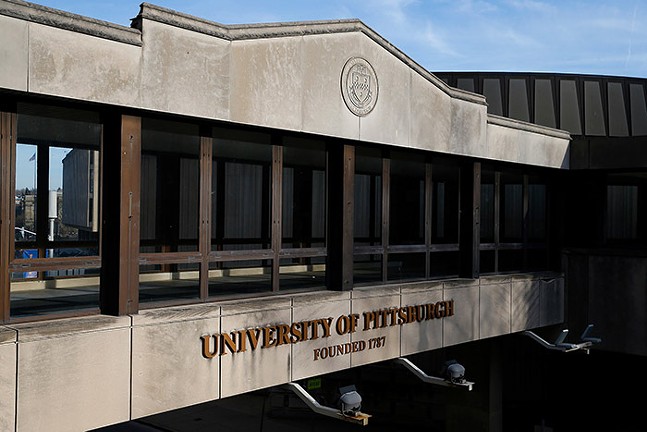 The greater Pittsburgh area is home to numerous universities and colleges, serving students from throughout the country and the world. In the weeks following the Supreme Court’s ruling of Roe v Wade, most of these institutions have released public statements to their students and wider communities.

Some are calling on students to engage the political process, while others urge respect for the “independent judiciary.” Most are speaking cautiously — some have not commented at all.

According to Chuck Finder, the executive director of media relations at the University of Pittsburgh, the university since the decision has been conducting internal discussions and messaging for their students. In its public statement, the publicly funded school responded cautiously.

“The University recognizes today’s Supreme Court decision will have wide-ranging impacts across the country. Like many others, we’re assessing how it may impact our community members, and our focus, right now, is on our students and employees and their needs and questions,” said the University of Pittsburgh in a statement.

Other universities from Pittsburgh that released statements include Carnegie Mellon, Duquesne, and Chatham. Carlow and Point Park have not yet issued public statements on the issue.

Duquesne University, a catholic liberal arts school, sent out an email to their student body emphasizing the court’s role as a check against the legislature without clearly supporting or denouncing the ruling.

“Duquesne University respects that the United States operates under the rule of law, and that the judicial branch is an essential part of the design and structure of our democratic form of government,” said the university in a statement. “Moreover, we recognize that moral dimensions of issues can be more complex than the legal system can comprehensively address to the satisfaction of all citizens.

Duquesne went on to say in their statement that all their students, faculty and staff are protected and safe regardless of their views on the SCOTUS decision.

“All students, faculty and staff at Duquesne should understand that they are safe and protected, regardless of their views on this matter. Simultaneously, we will respect the Supreme Court’s ruling and the independent judicial system that has rendered this decision,” said Duquesne.

Universities like Carnegie Mellon and Chatham, used the ruling as a call to action, encouraging students to vote and engage.

“I wish to highlight that, no matter your perspective on this issue, today’s ruling underscores and indeed amplifies the importance of exercising your right to vote, especially in state and local elections,” said Farnam Jahanian, president of Carnegie Mellon University.

Chatham University president, David Finegold, hit on similar themes in his statement to the school.

Other universities, like Pennsylvania Western University and West Virginia University, that serve many students from Western Pennsylvania have issued public statements on the court ruling.

In a statement, West Virginia University said it, “supports the provision of safe care for all pregnant patients. On the question of reproductive health, we rely upon the experts in the fields of obstetrics and gynecology, surgery, and other medical specialties, on our academic medical campuses and elsewhere, who have studied these subjects. Their recommendations have shaped our teaching and policies to provide the best patient care possible and will continue to do so.”

Since the court’s June 24 ruling, a West Virginia state law from the 1800s prohibiting abortion is understood to have regained enforcement. According to April Kaull, the executive director of communications at WVU, 14.4% of students were from Pennsylvania on the university's Morgantown campus in fall of 2021.

PennWest as of now has not yet provided a statement or comment regarding the decision to either of its three campuses.