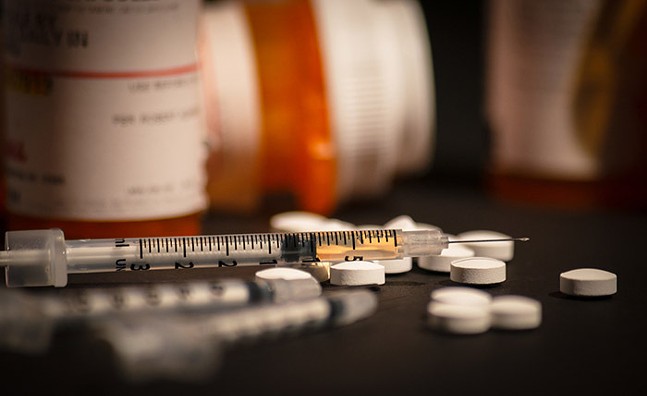 Local agencies are struggling to respond to the sharp rise in overdose deaths that has swept the entire nation since early 2020.

According to data released by Allegheny County on Friday, annual overdose deaths have risen from 492 in 2018 to 719 last year. The vast majority of these were caused by combinations of multiple drugs, with fentanyl and cocaine the most prevalent substances.

Chief Medical Examiner Karl Williams says in a press release that county agencies are working to respond to the alarming trends spelled out by the data.

“Allegheny County is certainly not alone in addressing this crisis as data from our surrounding counties also shows these same challenges,” Williams says. “With data on who is most impacted, where those individuals live and what they’re using, our fellow departments have the information they need to more directly target services and treatment.”

Across the state, overdose deaths have also crept up since 2018, but not as sharply as in Allegheny County. Preliminary data show 5,319 lives were lost in Pennsylvania from fatal overdoses last year, up from 4,451 in 2018.

In response to the statewide uptick, the Department of Drug and Alcohol Programs is conducting a listening tour of approximately 12 counties in different portions of the Commonwealth. Secretary Jen Smith and her staff met with service providers in Allegheny County on July 8, the same day the county published its overdose data, and one day after visiting neighboring Westmoreland County.

Many of the stakeholders present described a distinct rise in youth addiction cases that they attributed to the pandemic and resultant school disruptions.

“We’re catching a lot of students that are coming in through a lot of what's happened during the pandemic,” said Lisa Ashbaugh, director of Human Services Administration Organization.

Ashbaugh said her organization has always run programming for adults misusing drugs and alcohol, but launched a youth program in February to meet a growing need. So far they have around 25 referrals, with most coming from partnering school districts.

James Phillips, of TCV Community Services, also works in schools and noted during the roundtable that violations of the drug and alcohol policy have “probably quadrupled” in the Pittsburgh Public system since the start of the pandemic.

“We need the resources to help these kids and their families,” said Phillips, an advocate for preventative treatment.

“The kids can’t get the treatment and that’s why prevention is so important.”

Aaron Mickens, vice president of Three Rivers Youth, said his organization works closely with students and their families to bring healing at the intersections of addiction and violence. Demonstrating the payoffs of this one-on-one investment, Mickens said when a student was shot last year, his first request upon arriving at the hospital was for a visit from his school diversionary officer.

“So that's how, you know, how strong some of the bonds end up being when our staff is in the school. So we want to show up, we're actually in the school,” Mickens said.

Smith said she only anticipates the outlook to worsen for younger drug and alcohol users.

“The nation is woefully inadequate in terms of inpatient adolescent treatment,” Smith said. “More so for substance use disorder, there are more options for the mental health side of the spectrum.”

Relatedly, Allegheny County filed a lawsuit earlier this month claiming three major pharmacies are partially responsible for some of the 6,200 local deaths recorded since 2008.


The suit is directed at national brands, CVS, Rite Aid, and Walgreens, and seeks from them corrective plans in addition to $50,000 in compensation. It claims they collectively distributed more than 436 million doses of hydrocodone and oxycodone between 2006 and 2014, and argues instead of instituting proper safeguards the pharmacies adopted policies that encouraged excessive prescription sales.

“This crisis arose not only from the opioid manufacturers’ deliberate marketing strategy, but from distributors’ and pharmacies’ equally deliberate efforts to evade restrictions on opioid distribution and dispensing, while also helping spread the manufacturers’ false marketing messages about prescription opioids and encourage their widespread use,” the suit alleges. “These distributors and pharmacies acted without regard for the lives that would be trammeled in pursuit of profit.”