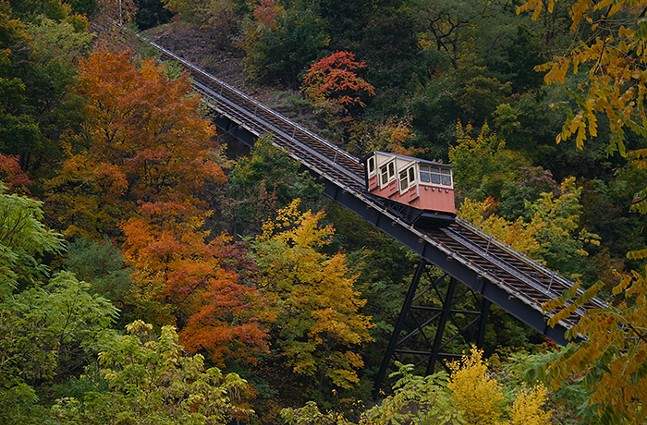 The Monongahela Incline is set to close from Aug. 1 through mid-November while contractors work on a planned $8.2 million overhaul.

According to a press release from Pittsburgh Regional Transit (formerly Port Authority), upgrades will cover the incline’s "mechanical, control, and electrical systems; and painting the bridge structure." Both upper and lower station interiors will also be renovated. A substitute shuttle bus will operate while the service is discontinued.

The Monogahela Incline was built in 1870 and claims to be the oldest continually running service of its kind. Its sister funicular, the Duquesne Incline, opened in 1877. More than 500,000 riders — a combination of tourists and commuters — use the Monongahela service each year.

The incline last underwent major renovations in 2015, when it was closed from Labor Day through November.
© 2023 Pittsburgh City Paper