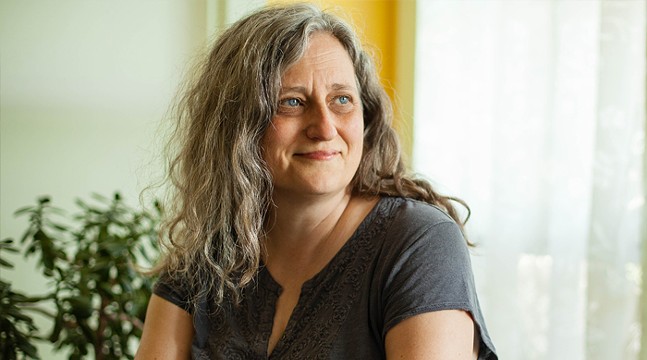 The rivers are a focal point in Pittsburgh and a source of fun and inspiration for many. If you're looking to do something along the rivers this summer, or get to know the city while being creative, a local author might have just what you need.

Pittsburgh author Sherrie Flick will host a series of Write the Rivers tours in three neighborhoods. The tours will start Fri., July 22 in Hazelwood, followed by the South Side in August, and the North Side in September.

As Flick explains in an email to Pittsburgh City Paper, the tours are being done in collaboration with the Office of Public Art.

"Last year we explored Downton and it was such fun," says Flick, an author and educator who wrote Reconsidering Happiness and two short story collections, Whiskey, Etc. and Thank Your Lucky Stars, both of which were published by Autumn House Press. She has also produced pieces for The Wall Street Journal, Creative Nonfiction, Pittsburgh Quarterly, and Pittsburgh Post-Gazette.

The tours, which will take place in the evening, are for writers at any level. An Eventbrite description says each guided, hour-and-a-half-long walking tour will use the "urban environment and rippling water for inspiration."

Flick says that, in the future, there might even be options for those more in love with autumn or music.

"There are plans in the works to offer another October Cemetery Walk and Write," says Flick. "I'd also like to explore doing one for singer-songwriters (at any level). We'll see."
Write the Rivers. 7:30-8:30 p.m. Fri., July 22. Continues through Sept. 9. Blair St., Hazelwood. $5. Registration required. opapgh.org/events
© 2022 Pittsburgh City Paper