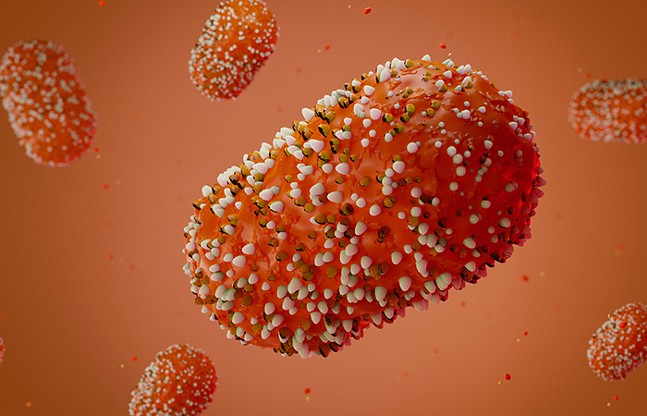 Monkeypox has arrived in Pittsburgh, according to a local clinic in a news release posted to Facebook this afternoon.

Central Outreach Wellness Center says that one of their primary care patients received testing for monkeypox, and the state Department of Health confirmed the positive result yesterday.

Central Outreach notes that vaccines and antiviral drugs developed to protect against and treat smallpox are effective against monkeypox and that their North Side office has access to treatment and vaccines for monkeypox “for anyone who has contracted the virus or had exposure to the virus.”

Monkeypox is a virus endemic to certain African countries. According to a Pennsylvania Department of Health fact sheet Central Outreach included with their announcement, monkeypox was first found in humans in 1970 and first traveled to the United States inadvertently in 2003.

The Department of Health also notes that monkeypox infections in humans are usually mild and many people remain asymptomatic. Infected persons are contagious “from initial symptoms until all skin lesions crust and fall off,” about two to four weeks, the health department says.