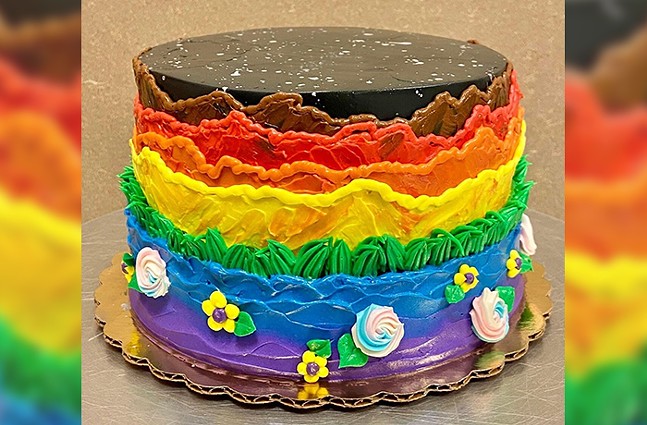 While it is illegal in most states to discriminate against an employee or coworker for being gay, many LGBTQ people choose not to come out at work for fear of personal safety, knowing that it can sometimes lead to harassment.

For LGBTQ baker Josué Luciano, being out at work is a great source of pride, though he says he wasn’t always able to live his life openly. Luciano, who’s originally from Puerto Rico, first started designing cakes while working at a major grocery retailer in Florida. He says that when an opening in the bakery came about, he jumped at the chance to take the job, but his employer still didn’t allow him to express himself fully.

Now, Luciano lives in Pittsburgh and works full-time creating vibrant, gorgeous cakes, many of which are LGBTQ-themed.

“At my old job, they often stressed quantity over quality. But in my mind, I was, like, I want to learn how to decorate,” says Luciano. “So I need to focus on quality first. I also didn’t like that I had no creative freedom. I couldn't do any LGBTQ cakes, either. So that's why I actually quit my job in Florida and I moved to Pittsburgh.”

Luciano says he moved to Pittsburgh after visiting his sister and her wife here four years ago, and now works at Grandview Bakery in Mt. Washington, where he says he has the creative freedom to design the cakes he wants to make, and take special requests from customers, many of whom are LGBTQ.

Around the time that the pandemic started, Luciano says a friend suggested he post his cake decorating videos on the social media app TikTok.

“At first, I didn’t want to because I don’t like watching people dance,” he laughs. “I didn’t know there was more than just dancing videos on the app. So I made a video and posted it, and I showed it to him, and he said, ‘You have thousands of views’ and I said, ‘Is that good?’”

Luciano now has 500,000 followers on the app, and over 18,000 on Instagram. He’s even gotten sponsored by different companies who pay him to create content, and through the audience he’s built on social media, Luciano was able to make a cake for one of his favorite drag queens, Thorgy Thor from season eight of RuPaul’s Drag Race.

Once Luciano started posting to TikTok, he started getting requests for lots of Pride-themed cakes, and his feed is full of colorful LGBTQ designs. Some are decorated with the rainbow gay pride flag or the pink and blue trans pride flag, while others are adorned with flags Luciano says he hadn’t even heard of until he got a request to make the cake. 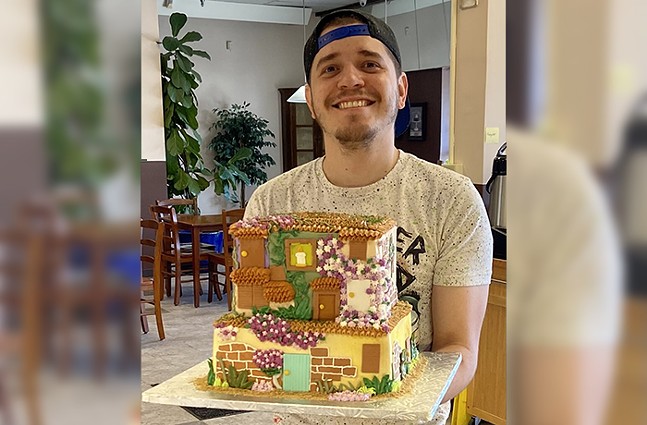 He also makes other cakes as well. One that he says is the most memorable for him is a cake he made inspired by the Disney film Encanto, and he was astonished by the number of his TikTok followers who donated money to him to help him complete the cake.

“Who sends $200 to pay for a cake they aren’t gonna eat?” he laughs, while stressing that he is grateful for the support he’s received online.

Luciano says that he gets messages from younger people who are afraid to come out and find solace in his pride, or from parents who are looking to understand their LGBTQ children a little better. He even receives messages from people who he inspired to come out. He says he’s incredibly grateful and inspired by people who do reach out to him and support him because it makes it easier to deal with the people who don’t.

With further support from his current boss and his family, Luciano continues to make beautiful cakes that inspire thousands.

“I will always be outspoken and proud of being gay because when I was younger, I wasn't that way. I was really afraid of being who I was,” he says. “And now that I'm older than myself, I just represent my community whenever I can.”