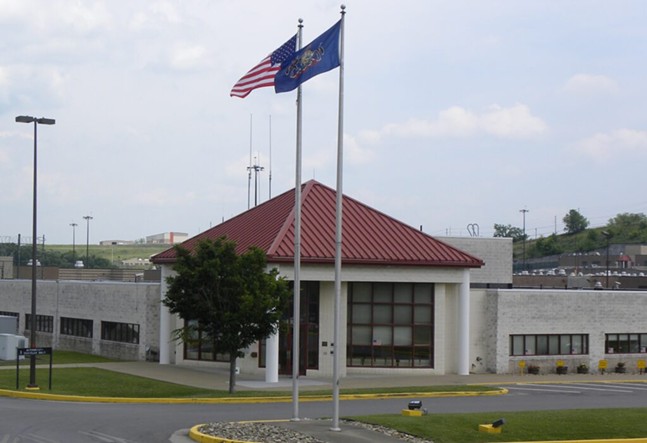 A hunger strike at a state prison in southwestern Pennsylvania went past its second week on Thursday, as a group of incarcerated individuals sought to end what they described as their “indefinite” solitary confinement at the facility.

At least 16 incarcerated individuals at the State Correctional Institution-Greene, about an hour south of Pittsburgh in Waynesburg, Pa., began refusing food on June 7 to protest the conditions of their solitary confinement, a spokesperson for the Human Rights Coalition, a Philadelphia-based advocacy group, said in a statement.

The strikers said they planned to continue their protest until the state Department of Corrections “meets their demand for a pathway” out of solitary confinement.

“I am not cooperating with these people on any level because they are weaponizing this [Intensive Management Unit] program against us, Michael Rivera, one of the incarcerated people said in a statement, referring to the high-security unit where he and the other strikers are being held.

Rivera said the strikers are “being denied yard, hav[e] a light on 24 hours a day in our cell, and [had] privileges stripped with no explanation, no due process, no anything. So we’re no longer cooperating with this program.”

As of Thursday, all but three of the strikers had accepted food, Corrections Department spokesperson Maria Bivens told the Capital-Star.

“Each of the three men continue to have access to their food which was purchased at the commissary,” Bivens told the Capital-Star.

In their statement, the strikers accused the Corrections Department of “denying yard time to entire tiers without explanation, restricting phone calls, withholding property, denying access to the law library, and confiscating legal correspondence.”

The incarcerated individuals also said the Corrections Department was charging them an “exorbitant medical copay of $25/day for unsolicited nurse visits,” in retaliation for speaking out against the conditions of their confinement.

Because of the rules of their confinement, the strikers said they’re barred from holding a prison job — which would only pay about 19 cents an hour in any event. This “practice is forcing the strikers into debt with the [Corrections Department] on top of the physical and psychological torture they are forced to endure in solitary,” the Human Rights Coalition said in its statement.

The strikers at the Greene County facility have asked that the state to:

In an e-mail, Bivens told the Capital-Star that there are currently 50 people housed in the Green County prison’s intermediate management unit, which she described as “the highest level of custody” maintained by the Corrections Department.

Prison officials are “following hunger strike protocols to ensure the health and safety of those who continue to decline meals. Per policy, those engaging in a hunger strike are medically assessed three times each day,” Bivens told the Capital-Star.

The hunger strike at the Greene County prison comes about a year after people incarcerated at SCI-Phoenix in Montgomery County mounted a similar hunger strike to protest conditions of their own solitary confinement, the Capital-Star reported in July 2021.

The incarcerated people in the SCI-Phoenix hunger strike similarly demanded that the Corrections Department acknowledge that they were being held in an “intensive management unit,” as is currently the case in Greene County, and provide a policy and guidelines in the department handbook for it.

They further demanded that the state provide people being held in this unit with programming and mental health services, give incarcerated people a path out of solitary confinement, and end long-term solitary confinement in the state, the Capital-Star previously reported.

Research has clearly detailed the long-term impacts of extended solitary confinement on a person’s mental and physical health.

Those impacts include shortening an incarcerated person’s life after they are released. Solitary confinement also can lead to death by suicide while they are incarcerated, according to the Prison Policy Initiative.

In an e-mail, Bivens said the goal of holding people in the high-security unit “is to provide benchmarks/objectives for each inmate in the unit to work toward a way to get back to General Population.”

“The striking inmates are unhappy with application of IMU policy and/or their transfer from other facilities for placement in the IMU at SCI- Greene. DOC leadership at the facility level and at Central Office continue to monitor the situation,” Bivens said.

Kalim Brown, of Philadelphia, who spent five years in SCI-Greene’s IMU from 2003 to 2008 as he served out a 20-year sentence for kidnapping and robbery, told the Capital-Star that Rivera and the other strikers were “going through hell,” as a result of their confinement.

“That jail is like an entity of its own,” Brown, who finished his sentence at the state prison in Huntingdon County this year, said Thursday. “They don’t answer to no one … They do what they want, all in the name of punishment.”

John Micek is the Editor in Chief of the Pennsylvania Capital-Star, where this story first appeared.
© 2023 Pittsburgh City Paper