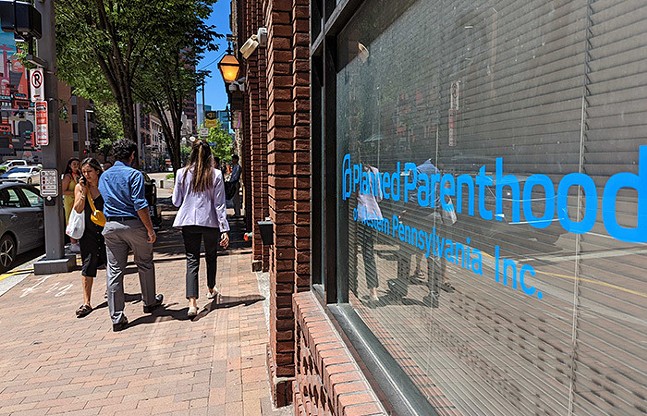 Although anticipated for months, today’s announcement that Roe v. Wade will no longer protect the right to abortion has set off shockwaves around the nation and here in Pittsburgh.

Democratic officeholders and abortion advocates say they will work to ensure abortion remains legal in Pennsylvania, while Republicans laud the seismic overturn of legal precedent.

A press release issued by Planned Parenthood of Western Pennsylvania reminds local residents abortion remains legal and available in the Commonwealth, but notes, “anti-abortion legislators are attempting to change the Pennsylvania state constitution with an extreme bill proposing to permanently amend our constitution and remove any state protection for abortion access.”

PPWP President and CEO Sydney Etheredge issued a statement attempting to assure those contemplating abortions now or in the future.

“Planned Parenthood of Western Pennsylvania wants to let those who are seeking an abortion know that we are here for you. Your decision to control your lives, bodies, and futures should be yours, and yours alone, and we will not compromise on this.“

Local officeholders including Pittsburgh Mayor Ed Gainey have also weighed in on the news, with the mayor insisting he “will do whatever it takes to protect and defend that right in Pittsburgh and across our entire Commonwealth.”

“We must ensure that people can make decisions about their bodies, their lives, and their futures and all of us must recommit ourselves to the work of making America more just and equal for everyone," Gainey says.

The U.S. Supreme Court’s overturning of reproductive rights at the federal level will turn the spotlight on state legislatures, which now have the power to pass laws restricting abortions.

In Pennsylvania, Democratic Gov. Tom Wolf has vowed to veto any anti-abortion bills in the state, but his seat expires in November, when he will be replaced by either Democrat Josh Shapiro or Republican Doug Mastriano.

We have been representing abortion providers in Pennsylvania since 1974. We are not going anywhere. https://t.co/ygBSFU99d0

Shapiro issued a statement this morning voicing his opposition to the ruling, and vowed as current attorney general to protect the practice of reproductive health care from legal challenges.

“While this decision has no immediate impact here in Pennsylvania, it opens the door for our legislature to ban or criminalize abortion by simply passing a law—because there are no longer federal protections," Shapiro says. "I will fight any attempt to erode women's rights in our Commonwealth.”

Meanwhile, Mastriano, a stanch conservative, has frequently indicated support for restricting abortion in Pennsylvania. In a press statement issued at the time of the May 3 court leak, Mastriano referred to the 1973 Roe v. Wade decision as “one of the darkest days in American history.” He went on to refer to abortion as “anti-scientific genocide” and heralded former President Donald Trump’s role in securing a conservative majority in the courts.

Mastriano, a current Pennsylvania senator, introduced a bill to that would require physicians to determine “whether the baby has a heartbeat” before performing an abortion. The bill, introduced in 2021, has six co-sponsors but hasn’t made it out of the health committee.


Separately, a move to ammend the Pennsylvania constitution to include language prohibiting support or funding for abortions is also moving through the General Assembly. If it passes, the move must then be approved by voters in a statewide ballot referendum.

Across the state, other Republican officeholders have heralded the ruling as a conservative victory that grants states the right to choose their own laws and policies.

“Today's ruling is a major victory for the pro-life movement, but our work has only begun," says Mike Kelly, a Pennsylvania Republican Congressman from Butler County. "All little boys and little girls deserve a chance at life, and this ruling ensures they will get that chance."

Below, we've curated a range of local responses: