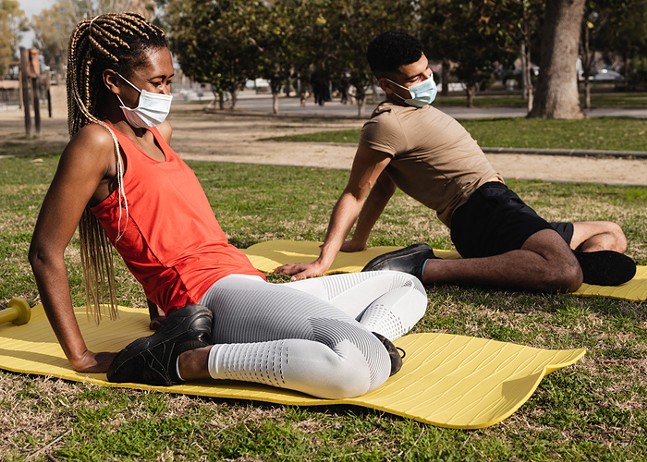 Hill District residents now have a chance to do yoga in their own neighborhood parks. As part of the Pittsburgh Parks Conservancy’s Elsie Hillman Summer Program, Apple Tree Yoga Studio will be performing outdoor yoga at either August Wilson or Robert E. Williams parks every Wednesday from 6-7 p.m. until October.

“Instead of using the space for events that we wanted, we decided to put out a survey to the community to see what they wanted,” says Chastity Bey, Pittsburgh Park Conservancy’s community nature educator, on the Hill District's new programming. “They wanted more exercise classes so that is exactly what we gave them.”

In neighborhoods like the Hill District, yoga classes are often not common.

“I do not know why people have this misconception of yoga. When it comes down to it, yoga is the strengthening of the body and the relaxation of the mind,” Bey says. “Everyone needs that.”

Pittsburgh Parks Conservancy is a nonprofit organization that works to restore the park system in Pittsburgh, as well as engages communities to participate in outdoor activities.

“African Americans were forced to go outside growing up and when they were outside, they weren’t doing these things. Black people will tell you that things like hiking and yoga are not for them.” Bey says. “It has to do with history, all our ancestors know about hiking is the Underground Railroad, unfortunately.”

Bey says that a lot of Black communities are placed close to the city in areas that leave no space for parks and trails. "Black people are not comfortable going to parks because they know that most of the people there do not look like them, so they feel like they do not belong," she adds.

But she says she believes African Americans do not have to leave their community for things like this. Instead, places like Pittsburgh Parks can bring the activities to them.

“Having community outreach and connection allows you to figure out what the community wants and needs. Finding an organization to back you up in the process helps as well,” says Bey. “Just imagine walking out your front door to do yoga with people who look like you.”#HillYoga. 6-7 p.m. Wednesdays through September at August Wilson Park (1803 Cliff St.) or Robert E. Williams (3500 Milwaukee St.), Hill District. Free. pittsburghparks.org/events
© 2022 Pittsburgh City Paper