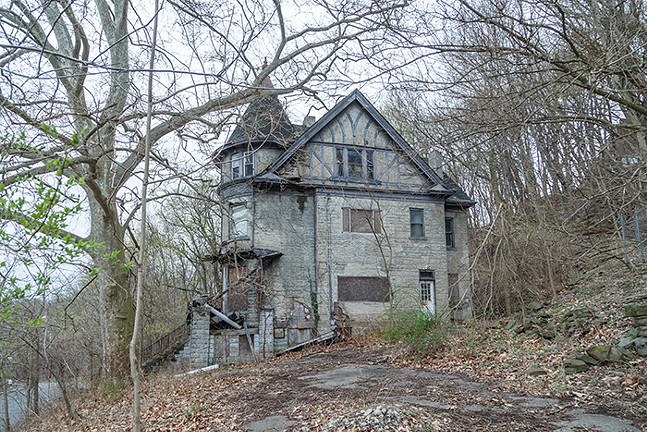 Photo: Courtesy of the Pittsburgh Opera
The National Negro Opera Company House in Pittsburgh
The National Negro Opera Company House sat ignored and neglected for decades, despite its significance as the home of the first African-American opera company in the country and as a center for Black culture in Pittsburgh. It even ended up on the National Trust for Historic Preservation’s 2020 list of America’s 11 Most Endangered Historic Places.

Now the house, located at 7101 Apple Street in Homewood, will undergo some major renovations, all thanks to the efforts of two committed Pittsburgh residents.

“Every year I would give back to the community. One year, I decided to do my own service project, but I did not know what it will be,” says Jonnet Solomon, a local accountant who, along with Miriam White, purchased the property for $18,000 in 2000. “I went past the house one day I saw the house and I decided to go inside, and I decided to restore the house.”

After over 20 years, Solomon, who serves as president of the National Opera House, a nonprofit that seeks to continue the property's legacy, is one step away from seeing her goal accomplished. On May 24, Pittsburgh Mayor Ed Gainey hosted a groundbreaking ceremony for the restoration of the house.

“The goal is to educate people about the arts,” Solomon said. “We are going to
have many different things for people to see and try out.”

A press release from the Pittsburgh Opera, which has partnered with the NOH, says the house "rose to national significance in 1941, when Mary Cardwell Dawson, a celebrated musician and educator, rented the third floor of the house as an office and rehearsal space for the National Negro Opera Company, the first permanent African-American Opera company in the nation." After 21 years, the National Negro Opera Company House closed its doors in 1962 after Cardwell Dawson died and the Company disbanded.

After the Company departed, the house served as a hotel for celebrities and athletes who were not permitted in then-segregated hotels, including famous outfielder Pittsburgh Pirates outfielder Roberto Clemente.

“Roberto Clemente stayed in the Negro Opera House because he had nowhere to stay,” says Solomon.

In 1994, the Pennsylvania Historical and Museum Commission designated the house as a historic structure.

After being placed on America’s most endangered places list, the NOH has raised $1.8 million to renovate the house. The project has received gifts from organizations and donors, including the A. W. Mellon Foundation, the Allegheny Foundation, and former U.S. President George W. Bush and his wife Laura. In 2021, NOH received a $500,000 grant from the Richard King Mellon Foundation.

TribLive recently reported that  Castle of Our Skins, a Boston-based nonprofit "dedicated to amplifying and uplifting Black artistry," committed to helping the house through donations. The nonprofit would give 100% of sales from its “Black Composer Miniature Challenge Anthology Vol. 2" digital anthology made throughout May.

In April, Solomon estimated that NOH would need another $1 million to fully restore the house.

The renovated 7,000-square-foot Opera House will include a tea room, stage, rental space, and educational spaces for artists to use.

“There is going to be a space for every type of art. If you only see one type of
artist/performer all the time, you will only see art one way,” Solomon says. “If you see different types of art your mind will be open to seeing things through different lenses.”

In addition to the creative spaces, there will also be a museum.

“This museum will be a museum that highlights the story that nobody will talk
about,” Solomon says. “Mary Dawson used to teach every Black opera singer in the country but was somehow forgotten.”

The Pittsburgh Opera Company House will open in 2024 and offer a
variety of performances.

“I love that art allows you to show emotions that you cannot otherwise,” Solomon says. “Art shows you how to tell a story in a different way and that is what people will see at the Opera House.”
© 2023 Pittsburgh City Paper