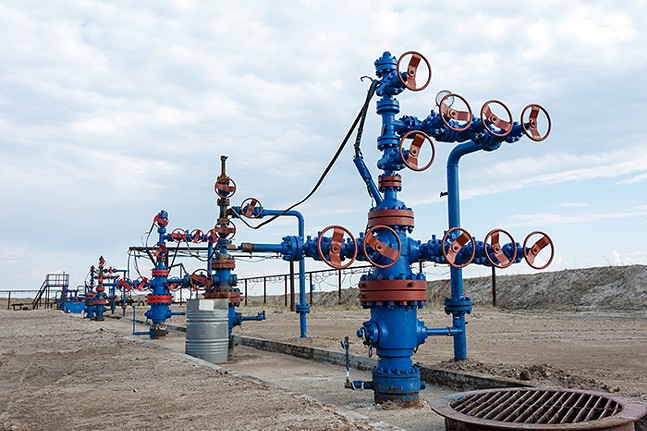 Photo: iStock
Editor's note: This story was sent to Pittsburgh City Paper without a listed embargo and the map won't officially be released to the public until Tue., May 24. City Paper will update this story on that date with any new info.

A new geospatial analysis, the interactive Oil and Gas Threat Map, which shows all active oil or gas wells nationwide, concludes that 1,482,810 Pennsylvanians, including 290,123 children, reside or attend schools or daycares within a half-mile “threat radius” of active oil and gas operations.

Earthworks, a nonprofit that advocates for clean air, water, and land and corporate accountability, and one of the organizations releasing the map, says those living within a half-mile radius of an active well “have cause for concern about potential health impacts from oil and gas pollution.”

Earthworks says their choice to map schools and residences within a half-mile radius of an active well is conservative since scientific literature shows an increased prevalence of various adverse health outcomes at distances greater than a half mile. A half mile “is the distance at which [adverse] impacts have been most clearly correlated,” according to a release jointly issued by Earthworks and its partners on the project, FracTracker Alliance, a nonprofit that maps oil and gas development, Clean Air Council, a Philadelphia-based environmental organization, and Moms Clean Air Force, which organizes parents against air pollution and climate change.

A screencap of Pennsylvania on the Oil and Gas Threat Map
In their external brief reviewing the peer-reviewed literature supporting their methodology, Earthworks says their review “collectively presents measured air pollution above background levels and/or health impacts attributable to oil and gas development at distances between 0.1 miles and 2 miles of active conventional as well as unconventional oil and gas facilities.”


The map allows viewers to select regions for detailed information about counties across the country. In Allegheny County, the map lists a 287,361 total threatened population, with 59,256 under the age of 18. It also lists 1,318 total oil and gas production facilities in the county.

Advocates say that their analysis showing the volume of individuals closely proximate to active oil or gas extraction sites is timely since the Environmental Protection Agency is in the process of finalizing proposed safeguards to reduce methane climate emissions and associated toxic air pollution from new and existing oil and gas production facilities.

“These safeguards would reduce the toxins, such as benzene, a carcinogen with no safe level of exposure, that constitute much of the health threat,” says the release.
© 2022 Pittsburgh City Paper