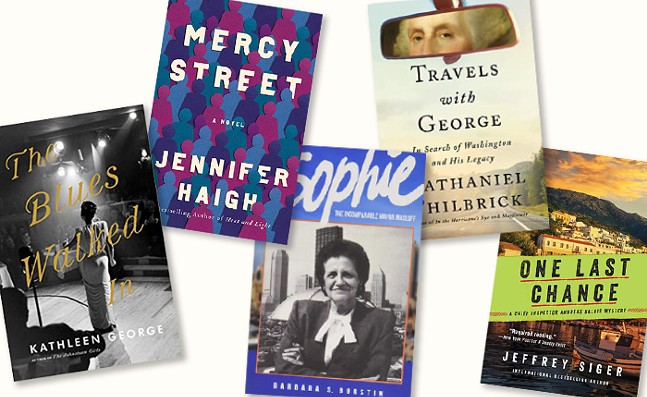 Marshall Cohen has attended book festivals across the country. Upon moving back to Pittsburgh, he realized the city didn’t have a book festival or really anything like it.

“There’s a lot of really good literary stuff that takes place here, and wonderful authors and so forth,” Cohen says. “But one festival that kind of brings it all together wasn’t taking place. So I started talking to people about the idea and they were interested and willing to support it.”

Cohen has worked hard to make such an event happen. The first-ever Greater Pittsburgh Festival of Books, taking place on Sat., May 14 at various locations in East Liberty, is described as celebrating “Pittsburgh’s current standing as a great literary city,” with a mission of showcasing its “historic, vital role on the national and international literary stage.”

Pittsburgh has been recognized multiple times over the years as one of the country’s most literate cities, including in a 2014 report by Central Connecticut State University that ranked it among the top five. The standing has been attributed to a variety of factors, including the presence of bookstores and library systems, and newspaper circulation.

The festival was made possible through funding from the Allegheny County Department of Economic Development and East Liberty Neighborhood Improvement District, as well as support from a long list of sponsors that includes Google Pittsburgh, the University of Pittsburgh, First National Bank, and the language learning app company Duolingo, which will host some events at its headquarters. Cohen serves as the festival’s founder and co-chairs along with Laurie Moser.

Festival programming, which includes speaking events by 40 authors and about 30 poets, children’s activities, and much more, will also take place in Bakery Square, at the Carnegie Library of Pittsburgh East Liberty branch, the East Liberty Presbyterian Church, Kelly Strayhorn Theater, and The Maverick.

“We have all kinds of genres covered,” Moser says. “We have biography, speculative fiction, history, history of jazz, nonfiction, memoir. Someone’s speaking about children’s literature, environment, mystery, creative nonfiction. So we’re hitting every genre possible. And, of course, poetry.”

Guests can expect nationally recognized authors (many living in western Pennsylvania) as well as those representing a variety of ages, genres, and backgrounds. Cohen and Moser say they also wanted to help introduce audiences to emerging or unknown Pittsburgh authors.

Many authors will also cover topics relevant to today’s world, including the environment, sex trafficking, and abortion.

“There’s a book that was written a year or two ago called Tender that is a literary anthology written by 19 Black women living in Pittsburgh,” Moser says. “Two of the authors from that anthology are attending — Cheryl Hall Russell and Tyra Jamison. They have quite a good story.”

Also reading is a 10-year-old author who wrote about her experience being denied entry to her school’s football team.

The festival is meant to be inclusive and welcoming to all who attend. Not only is the event free, but transportation will also be provided to those in the Hill District and Homewood. There will be buses running through communities, and a shuttle service to take guests to and from locations of the festival, such as Bakery Square and Carnegie Library.

So far, organizers claim that 1500 guests have already registered to attend the festival.

“We’d love people to register for the festival [on our website],” Moser says. “We want to communicate with people after the festival to thank them, possibly send a survey, and invite them back for next year.”

The pair says they would like to continue working with Pittsburgh’s literary scene even beyond the annual festival.

“We have great literary support in the Pittsburgh region,” Cohen says. “It’s just been exciting the way the communities are coming behind this event.”
Greater Pittsburgh Festival of Books. 10 a.m.-5 p.m. Sat., May 14. Various locations, East Liberty. Free. pittsburghbookfestival.orgUPDATE: This story has been updated at 11:10 a.m. on May 11 to remove an error stating that Cohen and Moser were married.